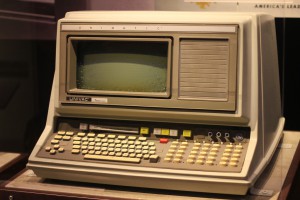 Although full details are expected in the May Budget, Labor has gone in hard in an effort to flush out further key details, not least the final price tag which was previously estimated by Treasurer Joe Hockey to be around $1 billion.

Shadow Human Services Minister Senator Doug Cameron said that the government’s announcement left “too many questions unanswered” not least what the procurement process will be and what role of outsourcing and privatisation could play.

The Opposition wants to know at what stage the business case it says it approved funding for is at, and is more than willing to exploit the pre-Budget quiet period.

But a real issue for the government and Human Services is that while there is little disagreement that a technology overhaul is now well overdue, what’s not clear at a policy or mechanical level is how possible moves by Medicare and the Department of Health to send its payments and claims processing to the private sector will affect Centrelink and other agencies that shell out payments.

Human Services has for years effectively managed Medicare’s electronic payments for which the ultimate administrative responsibility falls back to the Department of Health.

Under former Health Minister Peter Dutton, and following the Commission of Audit, Health called for expressions of interest from the private sector for processing around $30 billion in payments and claims per year.

Although the $30 billion volume figure appears outwardly large, the number is comparatively small compared to the volumes carried by retail banks, service providers like BPAY and payment card schemes like Eftpos and major credit card brands.

Labor clearly remains deeply suspicious of any move to send government transactional processing work to the private sector where moving money around has become a highly commoditised infrastructure play thanks to falling computing and infrastructure costs.

Senator Cameron, for one, wants answers as to whether there is any appetite “to adopt the recommendation of the National Commission of Audit to outsource the Australian Government payments?”

“The Abbott Government says it has consulted with the UK Government on this project, Senator Cameron said.

“Is it just a coincidence that the Conservative UK Government is looking to privatise the UK pension system?”

Senator Cameron has also questioned why the Commonwealth Bank of Australia was consulted on the project, but pulled up notably short of joining any conspicuous institutional dots on the payments privatisation front.

One reason for that is likely to be that as a former government-owned entity, the CBA has largely become both a safe haven and a bank of last resort for less profitable, low margin welfare recipients that other institutions largely don’t want in the absence of a new government-owned retail bank.

At the same time the CBA has led the charge in terms of successfully replacing its own legacy product-dependent mainframe computing infrastructure with a customer-centric system that orchestrates ‘services’ around a client to best meet their needs.

The bank also has logical interest in the Centrelink and Human Services overhaul going smoothly; not least because it is also, perhaps inextricably, part of the Human Services payments chain in the event that an overhaul does not go entirely to plan.

Attempts to offload government payments processing, still often undertaken necessarily by the Reserve Bank of Australia, are far from a new idea.

As Australia’s first Human Services minister, now Treasurer Joe Hockey was deeply frustrated by the high cost of manual, over the counter transactions from organisations like Medicare where the cost of a cash refund was as high as $10 a transaction even a decade ago – often resulting in the processing cost (absorbed by the government) of the refund being as much as 30 per cent of the money being handed over as cash.

That compares to a low cost online service provider like BPAY charging a flat rate of around 40 cents per transaction (exclusive of retail bank fees to a payee) for bill payments typically ranging in hundreds of dollars.

The result was the now established ‘Easyclaim’ system for electronic payments at doctors’ surgeries that automatically refunded government subsidies to peoples’ bank accounts from the point-of-sale terminal at a doctor’s surgery.

But attempts by Mr Hockey to entice the profit-motivated banking and financial services community to help the government were not without their obstacles.

The Australian Medical Association before the 2007 election managed to extract around $80 million in federal concessions for signing on to Easyclaim, a figure that some familiar with the deal later referred to as one of the most expensive lunches yet attended by a Human Services minister.