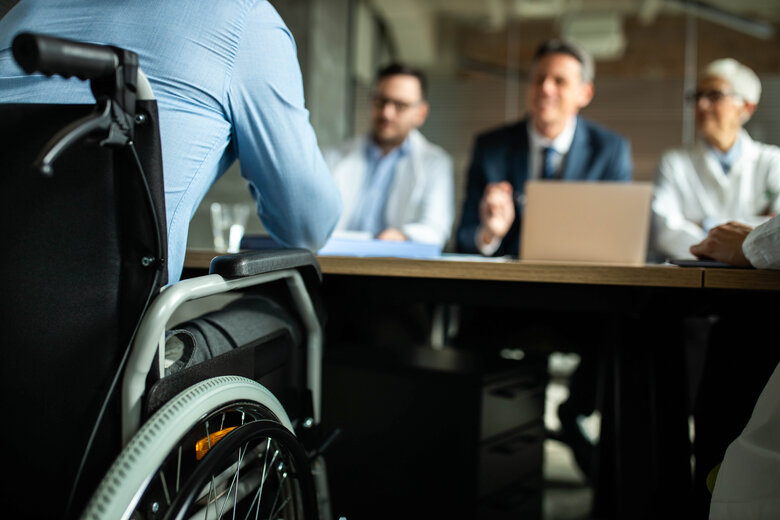 Disability advocates say proposed changes to the way NDIS participants are assessed with undermine the integrity of the scheme.

Australia’s newly minted NDIS minister is facing calls to put a halt to controversial reforms that disability groups say represent the biggest changes to the national disability insurance scheme since it began.

Disability advocates have also demanded a meeting with Linda Reynolds so they can explain to her why they don’t want the planned introduction of independent assessments to go ahead.

Under the changes, NDI participants will have to undergo mandatory assessment by allied health professionals provided by outsourced contractors using standarised tools from mid 2021, and people seeking renewed plans will have to be independently assessed from the end of the year.

However, disability advocates are labelling it a cost-cutting exercise and say it will undermine the integrity of the scheme and “fundamentally change its intent to provide participants with choice and control”.

“As the new NDIS Minister, Minister Reynolds has a golden opportunity to reset relations with people with disability and rebuild their trust with both the government and the NDIA,” CEO of the Australian Federation of Disability Organisations Ross Joyce said in a statement.

A spokesman said Senator Reynolds had returned to work after medical leave on Tuesday and was receiving comprehensive briefings and consulting with disability ministers, the disability sector and NDIS participants on the reforms.

“The Minister has already had discussions with a number of key stakeholders, including Disability Discrimination Commissioner, Mr Ben Gauntlett, and will continue to extensively consult with key stakeholders over the coming weeks,” he said.

He said Senator Reynolds would address the issues publicly once she was done with consultations.

The appointment saw her stripped from her previous role of Defence Minister after facing controversy over her handling of rape allegations made by Brittany Higgins and calling a staffer a “lying cow”.

Disability and advocacy organisations have welcomed Senator Reynolds’ appointment but say she must put an immediate halt to proposed changes to the NDIS Act which would see the implementation of independent assessments.

In a joint Statement of Concern over 100 disability and advocacy organisations warn the changes will overturn the individualised and personalised nature of the NDIS.

“These assessments will be used by the National Disability Insurance Agency to decide who will be given access to the scheme, and how much funding and support they will receive,” they say.

“While we all want greater consistency, we are very concerned this increasingly automated process will not adequately consider individual need and circumstance.”

They also say there’s been a lack of consultation with people with disability and are concerned the new system hasn’t been tested or independently evaluated.

Independent assessments will fundamentally transform how people with disability experience the NDIS and the way in which a participant’s plan is built.

Instead of creating a plan that has funding based on individual items or supports, participants will receive an overall budget to choose the supports they receive based largely on information from their independent assessment, and participants will know the value of their likely budget ahead of planning meetings.

In a submission to the joint standing committee on the NDIS inquiry on independent assessments, the NDIA says the intention to roll out independent assessments, originally recommended by the Productivity Commission in 2019, is essential to ensure “equitable, transparent and consistent outcomes and increase confidence in decision-making about a person’s eligibility for the NDIS and their NDIS plans”.

The NDIA says  the current system is limiting the ability of people to choose and change their supports.

Shifting to more personalised budgets will ensure planning meetings are “more holistic and focussed on how to most effectively use the participant’s plan funding to pursue goals and aspirations”, the agency says.

The government plans to introduce the Bill to Parliament for passage by 1 July 2021.