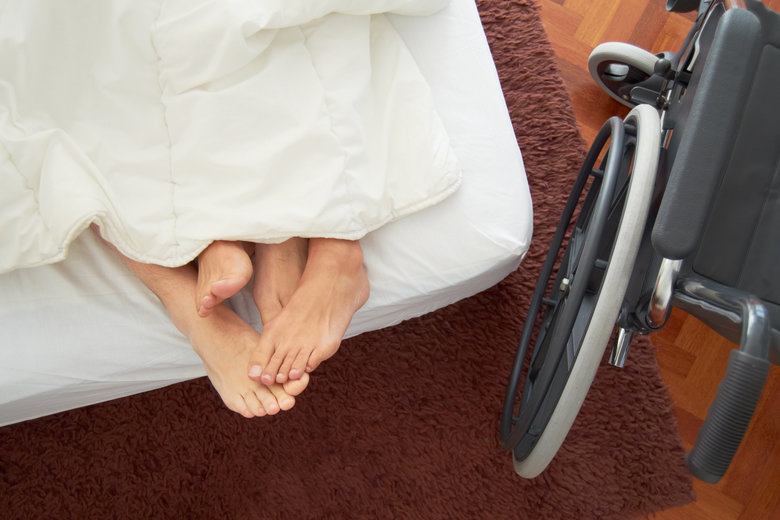 Impaired person having sex in the bed.

Sex workers are a “reasonable and necessary” item to be funded by the NDIS, the Federal Court has ruled.

The court on Tuesday upheld a May 2019 decision of the Administrative Appeals Tribunal (AAT) that the use of a trained sex therapist by  the applicant, a woman identified as WRMF, was a “reasonable and necessary” NDIS support.

WRMF was aged in her 40s and lived with multiple sclerosis and other serious medical conditions.

In her statement to the AAT last year she said she was seeking NDIS funding for her disability-trained sex worker.

“I am seeking funding for sexual services. Without the assistance of a professional sex worker I am not able to achieve sexual release and am effectively denied the right to sexual health, pleasure and wellbeing,” she told the tribunal.

Lawyers for the woman had argued that the UN Convention on the Rights of Persons with Disabilities (CRPD), which underpinned the NDIS, stated governments had an obligation to ensure people with disability were supported to live ordinary lives equal to the rest of the community and were entitled to supports that enabled this.

The NDIA had argued before the tribunal was that it ‘does not fund’ participation in sexual activity.

“A plan may include psychological counselling or physical therapy to help someone understand and overcome a physical impediment to intercourse but does not fund sexual services,” it said in a statement last June.

The Federal Court found there was “a considerable shifting of position on the part of the Agency as to the manner in which it conducted its case before the Tribunal” and dismissed its appeal against the AAT.

Disability advocates welcomed what they described as a landmark decision and said the NDIA must accept it.

People with Disability Australia spokeswoman El Gibbs said the ruling vindicated the right of people with disability to fund sexual expression through their plans.

“This courageous person with disability has fought for years to have her right to equal access to ordinary sexual expression funded through her NDIS plan,” Ms Gibbs said.

“She won her Administrative Appeals Tribunal case, and has now emphatically won in the Federal Court of Australia. We urge the NDIS to accept this decision today.”

The respondent, who asked not be named, said her four year legal fight had dragged on for four years and been very stressful.

The NDIA have been difficult to deal with,” she said.

“People with disability, just like everyone else, want to enjoy consensual intimate experiences, as part of exploring their physical, social and emotional needs for sexual intimacy and sexual expression,” president Saul Isbister said.

“It is important that paid sexual services are recognised as a legitimate option for people with disability, if they so choose.”

PWD is asking the NDIS to develop a comprehensive policy about sexuality including access to adaptive sex toys and services from sex workers.