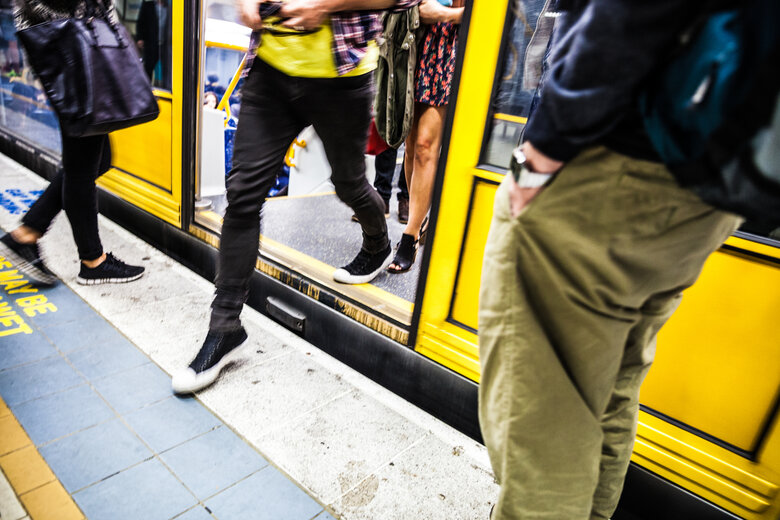 National rail patronage is 48 per cent lower than before the pandemic.

There were 100 million fewer rail journeys in the first quarter of 2021 than in pre-covid times with passengers slow to return to train travel, according to Australia’s peak rail sector body.

The Australasian Railway Association says passenger numbers did grow in the first three months of the year compared to Q4 2020, but overall national rail patronage remains 48 per cent lower than before the pandemic.

While passenger numbers were up 8.5 million by the end of March compared to December, this was still 41.5 per cent lower than the same time last year.

Light rail saw the biggest return of passengers, with 3.56 million more passengers during the quarter, or a 33.3 per cent rise.

But she says it’s unlikely that there’ll be a return to pre-covid levels until international borders reopen.

“The return to rail is crucial if we are to avoid traffic gridlock and rising congestion in our cities,” she said.

“More people will need to return to the network over time to keep emissions in check and ensure Australia’s sustainable growth.”

The report also highlights the impact that lockdowns have had on rail patronage.

WA, which enforced a lockdown in January, was the only Australian state not to see an increase in passenger numbers.

Victoria, meanwhile, recorded the biggest increase after being hard hit by lockdowns through 2020.

It comes after research released by Roy Morgan in March found public transport usage in the 2020 December quarter was down almost 4 million people, or 33.5 per cent, on pre-pandemic levels.

She said with vaccines being rolled out and the expectations that restrictions will be fully lifted, workers will once again be able to return to their offices.

However, there are indications this won’t necessarily occur.

“The experience of 2020 shows many people are able to work well from home which suggests not all workers will in fact return to the office,” Ms Levine said.

“This consequence of the pandemic, as well as ongoing worries about new strains of COVID-19 emerging, are likely to keep public transport usage below the high levels of 2019 for some time to come.”