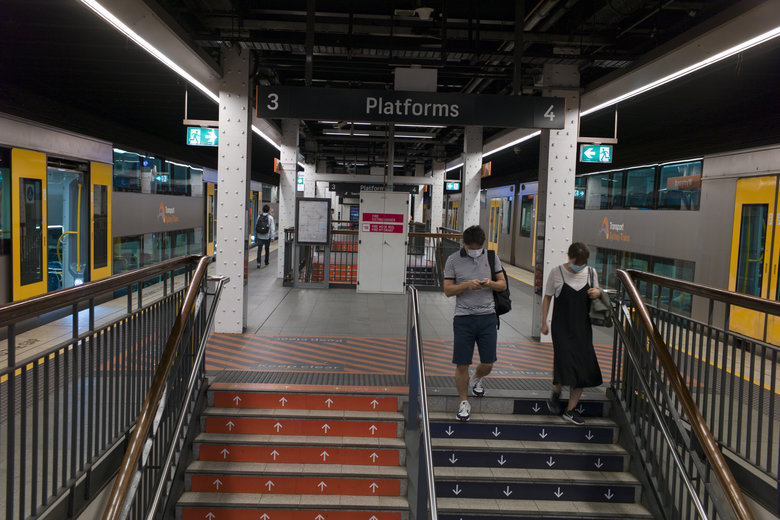 There's been 60-90 per cent drop in public transport patronage in NSW since COVID lockdowns began.

While COVID-19 has seen a collapse in public transport patronage in NSW it also brings positive opportunities for the future of transit in NSW, the state’s transport chief says.

Secretary of Transport Rodd Staples says Covid-19 has had a huge impact on the number of people moving over the network in the last few weeks.

Mr Staples told a webinar hosted by the Committee for Sydney that restrictions on gatherings, fear of infection and a relocation from the office to the home has seen a 60-90 per cent drop in public transport patronage over the last 4-6 weeks.

Trips on the Opal network have plummeted from 2-2.5 million trips a day to less than half a million over last few weeks and there’s been a 60 per cent drop in road traffic.

At the same time there’s been a shift towards active transport and an increase in leisure walking and cycling, with more public spaces created by road closures.

“For transport the big opportunity lies in the fact that people’s thinking has been fundamentally jolted,” Mr Staples said.

“The big challenge is to think about whether or not we can shift Sydney and NSW in the way people move and the amount of time they spend doing their mobility on a daily or weekly or monthly basis,” he said.

“If we can get people thinking differently about how often they need travel, the time of day they need to travel, we could potentially make this state a more productive state and help with wellbeing across the entire community.

Mr Staples said he saw “a lot of positive benefits in the way we deliver services” including a more evenly spaced public transport service focused less on peak hour, as well as an opportunity to boost active transport.

He said a shift in demand for future transport could also have implications for the Three Cities concept based on the Eastern Harbour City, the Central River City and the Aerotropolis City in the west.

He said there was no reason to pause big transport infrastructure projects, but there could be a reordering of priorities.

Mr Staples said there could be a shift to prioritise the planned Aerotropolis in the west if demands on the Eastern Harbour flattened as a result of reduced pressure on transport networks.

“We may do some re-prioritisation if we think that there’s a shift in demand. For example if the demand on the eastern city can be flattened as result of a change in travel demand then maybe that gives us more chance to prioritise the Aerotroplis.”

“I think in the Sydney context the Three Cities model is actually stronger in a post COVID situation,” he said.

Policy priorities including working with employers to manage peak times and providing off peak incentives should also be part of the future transport debate, he said.

“I would keep an open mind to all of those things as policy choices,” he said.

“If we can spread the peaks, reduce travel and get business on side we’ve got huge opportunities to make NSW a better place.”

Looking to the future

Mr Staples admitted in the early days of lockdown Transport NSW had been scrambling to catch up but now it was able to look to the future.

“We might want to change the way the economy tries to restore itself which is a really big opportunity,” he said.

“It’s not just about transport, it’s about how can transport contribute to a positive shift in the way NSW and Sydney functions overall for the community? What are the good things that have come out of this that we want to retain? I know transport will be right in the middle of that conversation.”

4 thoughts on “Public transport collapse may have upside”