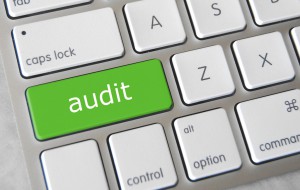 Ambitious and sweeping public service management reforms across New South Wales instigated in the wake of a 2012 Commission of Audit are taking hold – but the state’s recently established Public Service Commission still needs to do a lot more to realise and document their benefits.

That’s the upshot from an in-depth probe by the Audit Office of NSW of the Baird government’s big bureaucratic shake-up, which has targeted long-running deficiencies in strategic human resources management and siloed tranches of executives with “narrow spans of control”.

The public service reforms under scrutiny remain a key element of the NSW government’s efforts to modernise both agencies and their workforces to deliver better frontline services through ‘connected’ government interactions – like offering multiple services and transactions from integrated Service NSW shopfronts and online interfaces and apps.

They are also more broadly aimed at creating a far more efficient, flexible and multi-skilled public sector that can respond quickly to changes in the wider economy.

Although the public has largely warmed to the bureaucratic overhaul, especially innovative queue-busting techniques and call-back facilities that reduce waiting times, the Audit Office is nonetheless urging the Public Service Commission to maintain both the momentum and discipline of its efforts as the lead instigator of the changes.

“The public sector management reforms are ambitious, covering a substantial workforce and requiring a lot to be done in a short time,” the Audit Office report said.

“Where success depends on the efforts of agencies, it is important that the PSC, as the lead agency for the reforms, gives agencies the support and guidance they need and monitors whether reforms are being implemented effectively.”

As an overall conclusion, the Audit Office found that the PSC “is making good progress in implementing public sector management reforms, although there are some areas for improvement.”

One of those areas is simply persuading executives to undertake training in areas like strategic human resources management. According to the report, while the PSC offered senior public servants opportunities for training “only a small number of human resource leaders took this training.”

That finding was bookended by finding from a consultant engaged to do a mid‑point assessment of reform progress across six clusters.

“This assessment found that the capacity and capability of human resource units is still a major challenge in some agencies,” the Audit Report said.

There are also some pointed questions about what success looks like for the big shake-up, with the report concluding that “few reform benefits are tracked and there are no plans to evaluate outcomes.”

The Audit report said that while the PSC identified potential benefits of implementing reforms “it does not monitor or report on the progress towards realising these benefits.”

There was also no “method or timeframe to evaluate whether the reforms, once fully implemented, achieved what they set out to.”

The Audit Office recommended that the PSC should “establish a methodology and set timeframes to evaluate the effectiveness of reforms post implementation” as well as increasing “public reporting on reform benefits achieved to date and whether anticipated benefits of reforms are on track to be realised once fully implemented.”