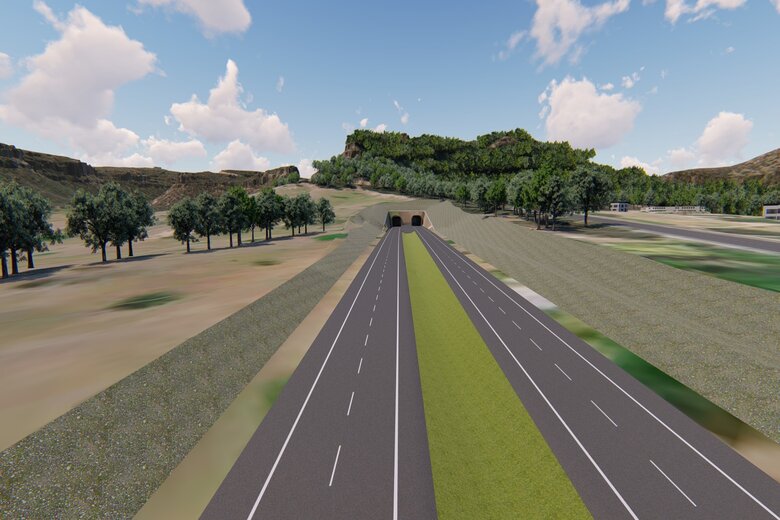 The proposed 11-kilometre tunnel would connect the NSW east coast with the state’s central west.

The NSW government is investigating whether it’s possible to build what would be the longest road tunnel in Australia in the Blue Mountains.

The work will form part of a $2.5 billion project to upgrade the Great Western Highway between Katoomba and Lithgow.

The project would see the connection of a previously announced 4.5 kilometre tunnel at Blackheath, in the Upper Blue Mountains, and a proposed four kilometre tunnel Mount Victoria on the western limit.

He said up till now the plans for a Blue Mountains tunnel have been put into the too-hard basket but the government believes it can become a reality.

“This would be a history-making project, delivering Australia’s longest road tunnel,” the minister said.

The eastern entry point will in a section of National Park on the outskirts of Blackheath and Transport for NSW will liaise with National Parks about any environmental impact.

Neither portal would affect the Blue Mountains World Heritage Area, the government says.

The project won’t go ahead if the tunnel proves unviable, Mr Toole said.

Work on the Great Western Highway is expected to begin in 2022, with an eight-to-ten-year timeframe for completion.

Mr Toole said the government would know by mid next year if the 11km tunnel is feasible. Tunnel work, “long or short”, will begin in 2023.

Deputy Premier John Barilaro said it was a complex and ambitious plan.

“But we’re working hard to make it happen because we know what a difference it will make to the lives of commuters, to regional businesses … to freight companies, to families and to holiday makers,” he said.