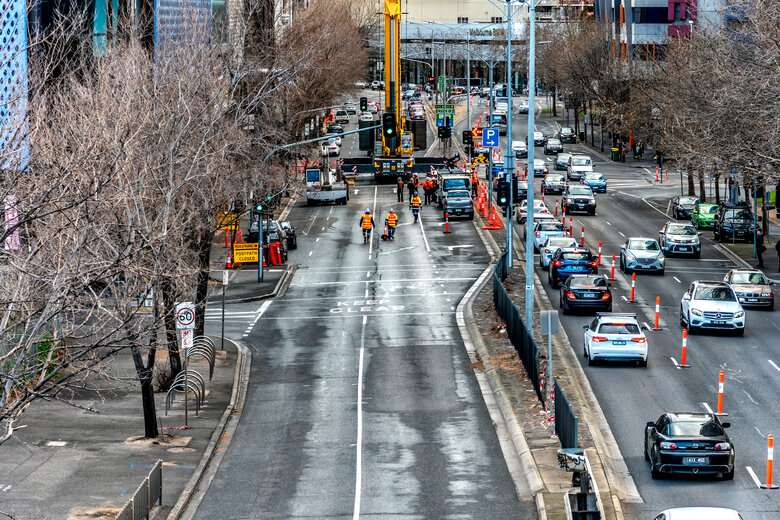 local government in Victoria spent $870 million on maintaining roads in 2018-19.

Victoria’s councils may not be getting value for money out of their road maintenance programs and could be putting themselves at risk of legal action arising from substandard roads, an audit warns.

“Councils need to maintain (their roads) in a cost efficient and financially sustainable way,” he said.

But the report found that local governments can’t determine whether they are doing this, because of insufficient data around both maintenance costs and the condition of their roads.

Over a third of councils spent more than expected on road maintenance between 2017-19.

Without full compliance with their road management plans, councils risk not being able to use them to defend against civil claims.

Despite the considerable costs the report found a lack of evidence-based data – not only about cost, but about the state of their roads, with three of the audited councils relying on visual surveys rather than using modern surveying material such as laser-based devices.

The audit also found inaccuracies in reporting by councils. Four of the audited councils reported to the Victorian Local Government Grants Commission that they spent less than $15,000 on road maintenance in 2018-19, way below the state median of $9 million.

All five councils had management plans which covered inspecting and responding to defects.

But they weren’t complying with these plans, the audit found, which could leave them vulnerable to civil action for incidents related to road defects.

Councils weren’t meeting their own timeframes for planned inspections and defect responses and only one council tracked road management plan (RMP) compliance.

“Without full compliance with their road management plans, councils risk not being able to use them to defend against civil claims,” the auditor says.

They also weren’t engaging with or educating their communities over roads maintenance and community expectations were poorly understood.

“Councils do not provide communities with detailed information on their plans for road maintenance or educate them about expenditure trade-offs,” the report says.