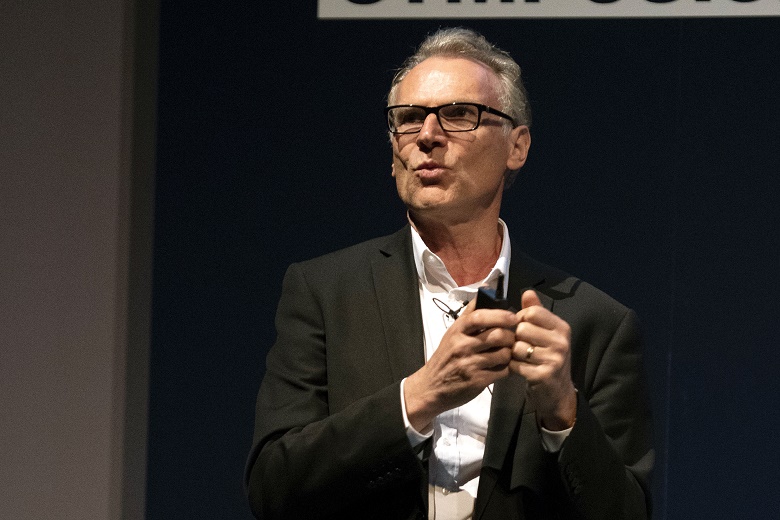 In the past two years the Victorian Department of Health and Human Services has delivered more than 35 new business systems, often large-scale multi-agency solutions, without any major failures or budget blow-outs.

That’s because the department has embraced the public cloud as a platform to deliver a starting point for iterating new apps, and largely abandoned traditional procurement except for simple, clear-cut solutions, according to CIO Steve Hodgkinson.

“Technology innovation now is a platform play because that’s the only way to do it safely, reliably and repeatedly without risk,” Mr Hodgkinson told the Gartner Symposium on Monday.

The department delivered 70 ICT projects last year and it has more than 100 new projects “in flight,” Mr Hodgkinson told the Gold Coast audience.

That track record has been rewarded with a massive boost in its discretionary IT investment budget – up from $20 million in 2015 to more than $100 million this year, he said.

“We’re able to deliver, and we’re seen to deliver, new applications, because we’re starting with a platform and we’re reusing that platform again and again, so it’s not surprising the projects don’t fail.”

Central to the approach has been a reduction of traditional procurement approaches for technology, which he likens to a “mad science experiment,” in favour of using cloud-service platforms.

While procurement is suitable for simple problems with tight constraints it doesn’t work for complex problems, like those often facing a large, multi-agency department, where “the answer at the beginning is not clear and variables continue to change throughout the project,” he said.

For such complexity, using a platform offers an immediate starting point for the IT project, Mr Hodgkinson argues.

The massive public cloud services provide a preexisting bundle of features including APIs that is secure, proven, available and mobile enabled, he says.

“It means that when we start a project we’re starting way up the stack. The starting point is to swiftly come to a view of the minimum viable product and iterate as fast as possible with feedback from end users,” he said.

Valuing and empowering staff is fundamental to the approach, by bringing in those who can craft the “pragmatic, common-sense, best compromise of the problem”, which becomes a naturally emerging thing in the platform model, Mr Hodgkinson said.

“That defines the minimum viable product, the most sensible thing to launch in order to start get feedback. And we can get there quickly when the starting point is a platform the team already knows.”

He said that “thinking like an investor” is another key element of the approach. Rather than locking the money into tightly constrained programs of activity targeting procurement outcomes, the approach is to progressively fund projects based on feedback and performance.

Mr Hodgkinson argued the importance of creating “compound organisational learning” whereby each iteration of a project acts as a learning cycle, delivering data and insight that drives evidence-based innovation and “compounds like interest in a bank.”

Most of the 35 new business systems delivered in the past couple of years had been implemented in iterative ways, with a minimum viable product iterated four or five times based on user-feedback and refinement, he said.

“Executive confidence is up, my department has its digital mojo back,” he said.

Among the projects delivered is a new rostering system for child protection, an emergency management personnel hardship payment system, a family violence triage system and “an entirely new suite of apps for a new agency for family violence.”

They also include a new housing register, which made Victoria the first state government to deliver an app for people registering for public housing, Mr Hodgkinson said.