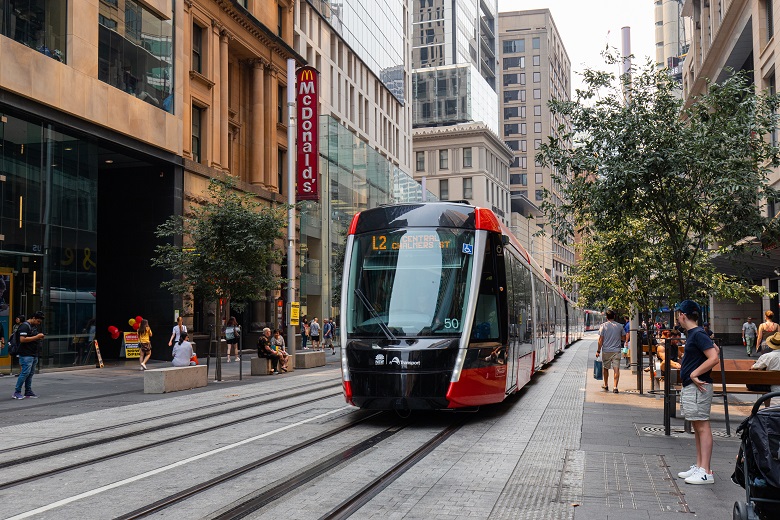 Governments are squandering money on major infrastructure projects like the Sydney light rail because they are rushing them through for political reasons.

Australian governments are paying too much for major infrastructure contracts because of a lack of competition and undue haste in pushing projects through, a report says.

The Grattan Institute’s report Megabang for Megabucks: driving a harder bargain on megaprojects says Australia’s infrastructure costs are above the global average, with 25 per cent of projects costing more that expected at the outset.

Australia is in the top 25 per cent in terms of what it’s paying for infrastructure compared to similar countries, says Marion Terrill, lead author and Transport and Cities Program Director at Grattan.

Rise of the mega project

In the last seven years the average contract was almost 40 per cent more than the seven years prior, leaving only three local companies with the means and expertise to tender for them.

“In the last few years we’ve seen an absolute explosion in the number of mega-projects and mega-mega -projects,” Ms Terrill says.

“As the size  of projects has increased so too has the size of contracts within them, and once you get to that kind of the competition really thins out.”

Another problem is the propensity of state governments often rush projects to market for political reasons, which means they often overlook potentially costly problems like contaminated soil.

“What they’re doing is they’re rushing projects to market before they’re fully specified and before the risks are well understood,” Ms Terrill says.

“Transport projects are very politicised and goverments put a lot of emphasis on getting them started in their term of government so they can claim it as their own.

“And politicians want to make sure they lock projects in so they can’t be undone later on,  so it’s very tempting to skate over planning and get the machines going as soon as possible.

The report cites the Sydney Light Rail , which took just 24 months sign a preferred tenderer and in June 2019 ended up costing an extra $576 million.

It also points to the West Gate Tunnel, which the Victorian Government awarded to a tenderer just six months after winning office in 2014. The project is now locked in dispute with concerns about soil contamination and two years behind schedule with uncertainty about who’ll foot the bill for delays.

Politicians want to make sure they lock projects in so they can’t be undone later on,  so it’s very tempting to skate over planning and get the machines going as soon as possible.

The report also finds government is too concerned with what industry wants, doesn’t doesn’t collect benchmarking data to track infrastructure costs over time, and is failing the time their pipelines to take advantage of times when costs are likely to be down.

Ms Terrill says one way to beat down expenditure is by increasing competition, either by breaking contracts into smaller bundles or looking overseas.

“What governments need to do is break these projects into smaller bundles so mid-teir firms can compete for them. They also really need to make Australia an attractive market for international firms.”

The report also say governments should only sign contracts they are prepared to enforce and not pay more along the way, and recommends that state auditors-general should provide an expert panel to oversee re-negotiation of major projects.

2 thoughts on “Governments paying too much for infrastructure”