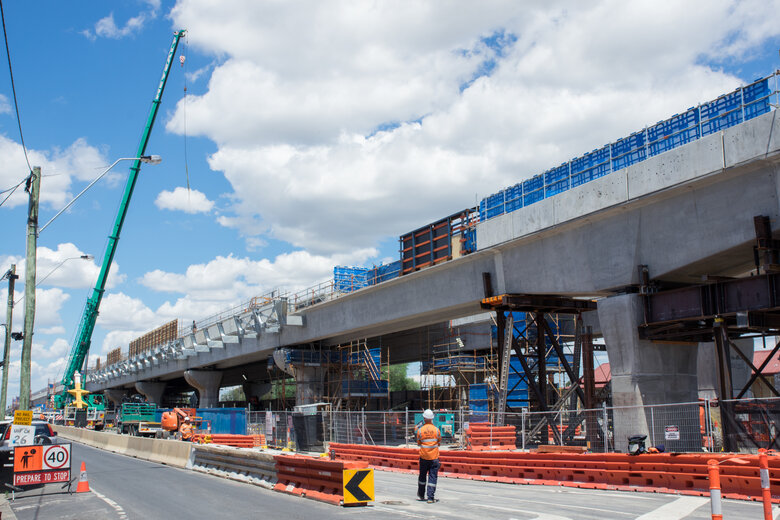 Government spent $34 billion more on transport infrastructure projects between 2001 and 2020 than was first estimated.

Australia’s mega transport projects are growing, and they’re breaking records for cost overruns, a report by the Grattan Institute has found.

The report, The rise of megaprojects: counting the costs, provides an overview of  Australia’s big transport projects – those costing $1 billion or more – including the Inland Rail, WestConnex in Sydney and Melbourne’s West Gate Tunnel.

It says governments are fast-tracking major transport projects in the hope of an infrastructure-led recovery, but argues this doesn’t make sense, with larger projects often equalling larger blowouts.

“Infrastructure pipelines are consitipated by megaprojects that are too slow to be effective stimulus and prone to mammoth cost overruns,” it says.

“The risk of rushing yet more projects into a construction sector that’s already building more and larger projects is that the projects may end up costing more or providing fewer benefits than anticipated – or both.

“Megaprojects should be a last, not a first resort.”

Instead of pouring money into risky megaprojects, governments should be spending more on upgrading existing infrastructure, or on social infrastructure such as aged care and mental health care, the report says.

Arrival of the era of the megaproject

The report says the nation now has nine transport infrastructure projects that are each worth more than $5 billion, compared to just one – the Airport Link M7 and Northern Busway in Brisbane – ten years ago.

In 2001 there were just two projects worth $1 billion compared to 18 today, while the value of an average road or rail product has doubled over the last five years from $430 million to more than $1.1 billion.

The institute analysed all projects valued at $20 million or more built in the past 20 years and found actual costs exceeded the promised costs by 21 per cent.

Big projects are particularly risky, with more than one third of overruns since 2001 coming from just seven big projects.

Taxpayers spent $34 billion more on transport infrastructure projects between 2001 and 2020 than they had been first told they would spend, and there’s a been a $24 billion cost overrun across just six current projects.

One in three projects that were announced prematurely account for more than three quarters of the cost overruns, the report says.

The report calls for the Auditor General of each state, and the commonwealth where relevant, to conduct an immediate stocktake of the infrastructure projects.

It also recommends that the relevant minister should be required report to parliament on any changes to projects valued at more than $500 million and that ministers and government agencies and says infrastructure advisory bodies should play a bigger role in decisions about commiting funds for a project.

“Governments should rethink major projects that have been promised or are under construction, particularly those announced without a business case,” the report says.

“Governments should continuously disclose to parliament material changes to expected costs and benefits, as listed companies do to the stock exchange. To avoid ending up here again in future, governments should collect data on and learn lessons from past projects.”