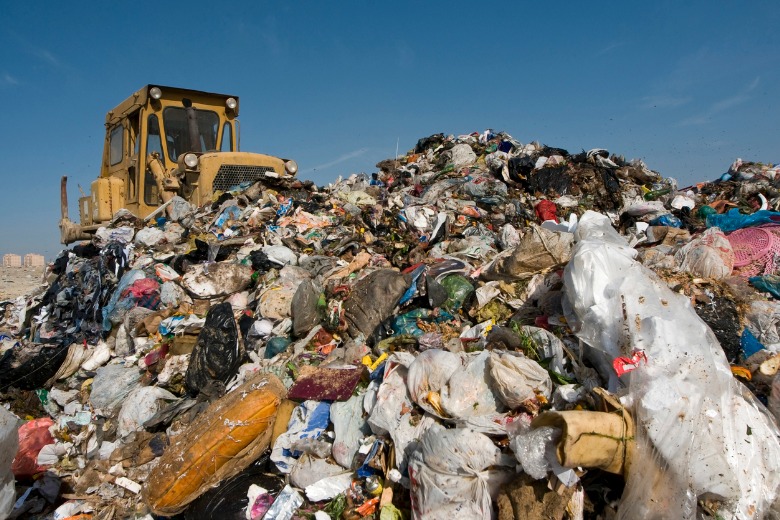 Proponents says energy from waste technology could be the missing link in waste management.

The NSW government has released its plan for the future of energy from waste (EfW), which it has backed as an acceptable waste management option as long as human health and the environment is protected.

The report identifies four regional precincts as the only areas where energy from waste facilities can be built – but with a proviso that could clear the way for WfE in Sydney.

Energy from waste refers to a range of thermal, or heat-related, technologies such as incineration that convert waste into  energy like electricity, heat and fuel.

Proponents of the technology say EfW is a way of managing waste that would otherwise have ended up in landfill and describe it as the “missing link” in waste management.

But critics raise concerns about a potential by-product of the technology – pollution – and say it undermines circular waste management strategies like recycling.

“The NSW Government supports thermal energy recovery as a residual waste management option where it can deliver positive outcomes for the community while protecting human health and the environment,” the EPA report says.

Four precincts and a loophole

The report specifies that thermal EfW facilities can only be established or permitted to operate in the West Lithow Precinct, the Parkes Special Activation Precinct, the Richmond Valley Jobs Precinct or the Southern Goulburn Mulwaree Precint.

The report says there is a need to “avoid the exposure of high population centres in NSW to new sources of air emissions”.

It says people can still experience health impacts when emissions are below the national standards “and for some common air pollutants, there is no safe threshold of impact”.

However, it also allows the construction or operation of EfW at factilities that use waste or waste-dervied feed stock instead of fossil fuels, or where the technology is used to power “industrial and manufacturing processes on site, rather than exporting that energy to the grid’.

Mr Keen says the plan will ensure new thermal waste to energy projects are near transport and complimentary industries and away from high density residential area.

“This is about getting the balance right between supporting investment in NSW, driving a circular economy and reducing carbon emissions, while also respecting the concerns of local communities,” he said in a statement.

The announcement was welcomed by Blacktown City Council which has been fighting a proposal by The Next Generation company for an EfW facility at the Eastern Creek Industrial Estate.

Mayor Tony Bleasdale said the government plan had “all but ruled” that plan out.

“Blacktown City Council has joined with community groups and residents time and time again over the past ten years in opposing these plants being constructed in our City,” Cr Bleasdale said in a statement.

“I will be doing everything in my power to make sure that the NSW government sticks solidly to this plan.”

The plan also has implications for an incinerator at Matraville in Sydney’s eastern suburbs, proposed by waste disposal company SUEZ and paper mill Opal.

The proposed facility, located 130 metres from homes, would have a 60 metre stack and would incinerate 165,000 tonnes of rubbish a year, Randwick City council says. The mill is currently powered by natural gas.

Randwick Mayor Danny Said the plan provided a “flicker of hope” for concerned eastern suburbs residents but said it was too early to start celebrating because of the loophole.

“While it doesn’t rule out building facilities in Sydney, any proposal would require consideration of the current fuel type used and whether replacing that with energy produced from incineration is a better environmental outcome,” he said.

“My reading of this plan is that it says if you’re already using an energy source such as natural gas, why would you switch toa worse environmental technology like waste to energy?”

The Waste Management Resource and Recovery Association of Australia (WMRR) said it was good to finally have some clarity and to know that the government viewed energy from waste as having a place in an integrated waste management system.

But WMRR CEO Gayle Sloan said it was regrettable that the government hadn’t specified the proposed rules earlier, because many proposed projects would now have to be shelved.

“There are already several EfW facilities in the pipeline, all at different stages of the development journey across NSW, including but not limited to Western Sydney,” Ms Sloan said.

“These project proponents have invested millions of dollars as well as substantial work over many years given the well-known lengthy development approval process in NSW, only to be told that their projects are now a no-go.

“It is simply impossible to invest in NSW when the only known factor is continued regulatory and policy uncertainty.”

One thought on “Concern about energy from waste loophole”