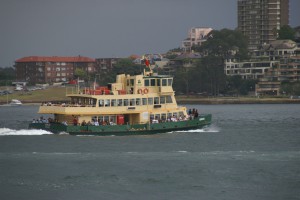 When tragic natural hit Australia’s regions and cities there’s often a tragic toll in lives lost, but it’s no secret that those in or avoiding harm’s way flock online and onto social media to find out — or post first hand — what’s going on around them.

For emergency services, authorities and support services tasked with helping to manage and minimise a crisis, it’s now the fastest way of rapidly circulating information to those who need it most, all while the rest of the world watching on.

But even though a real time social and online management plan is now largely an established response, it’s still easy to forget that managing a huge spike in cyber traffic directed at government online services under abnormal or crisis conditions isn’t just a ‘nice-to-have’ — these days it’s an essential skill that tangibly saves lives and minimises social and economic disruption.

There’s not only a lot of skill that goes into that but also sheer back-end grunt. Uptime is everything; downtime can be deadly.

Four days of violent and torrid weather ultimately claimed the lives of eight people in NSW this week.

What’s much more difficult to determine is whether the number of fatalities and the degree of uncontrolled disruption would have been much higher if people had not heeded messages quickly delivered through digital channels to smartphones.

On Thursday New South Wales Transport Minister Andrew Constance opened a window onto the level of online demand put on the government by releasing some notable statistics, but respectfully avoided any hint government self-congratulation.

Instead he thanked the public for generating record amounts of traffic online — and not on the state’s roads and public transport services which were unavoidably disrupted by everything from monster waves to flooded railway stations and bus lanes.

Part of that battle was helped by NSW Premier Mike Baird firmly instructing employers to let staff go home early to minimise overall disruption at a time when essential services were already straining.

The fact that sunset downpours were likely coincide with peak demand on the transport network was clearly not lost.

Some of the statistics from Transport and Mr Constance’s office are illuminating:

•    TransportNSW.info had 250,000 users who turned to the site for help over a 48 hour period – nearly double the normal number of visitors.

•    The Live Traffic NSW website and mobile apps had more than 482,000 visitors, about 20 times greater than usual.

On Facebook:
•    2.2 million people saw or shared information about the storm on a new Facebook page for public transport.

•    The Live Traffic NSW Facebook page shared more than 40 updates for drivers during the storm.

On Twitter:
•    Tweets across Twitter handles for disruption information were seen millions of times thanks to more than 4,500 retweets in 48 hours.

•    Tweets yesterday during the flooding at Bardwell Park from the @T2SydneyTrains Twitter handle were seen about 174,000 times.

•    Tweets on the day of the track damage at Dungog from the @TrainLinkNorth Twitter handle were seen about 375,000 times.