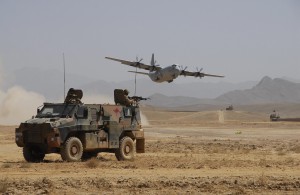 The Department of Defence has quietly inked an $86 million deal with enterprise resource planning systems giant SAP over five years in the midst of a sweeping federal investigation by the Department of Finance of on whether there are more efficient ways for government to buy the mega dollar software suites.

A Defence spokesperson told Government News that the new contract covers the “SAP Defence Forces and Public Security Solution” which the department says “used in finance, logistics, and engineering and maintenance areas.”

Big software purchases by Defence remain one of the most closely watched areas of technology procurement by industry, not only because of the big money involved, but also the fierce competitive rivalry between the likes of SAP and US giant Oracle for systems replacements and overhauls.

In Australia Defence has for more than a decade battled the complexity and costs inherent in getting disparate software platforms across finance, payroll and logistics to talk to each other.

There also remains significant pressure for Australian developers and software companies to be given more access to be able to contest government software contracts in order to foster the development of local industry rather than just rolling over or upgrading incumbent deals.

Defence has confirmed that the latest $86 million deal for SAP went to market as an upgrade for an existing system via a ‘limited tender’ process.

“The contract was for SAP software licences procured in line with Commonwealth Procurement Rules (CPRs) and no other software companies were able to bid for the work,” a Defence spokesperson said.

The deal will also stick to the established licensing model of a software licence purchase coupled with regular ‘maintenance’ payments rather than opting for utility based procurement options like Software-as-a-Service which generally work on a pay-as-you-go and usage based charging system.

While a number of federal and many state government departments are actively pursuing utility-based software pricing coupled with the adoption of cloud computing, migrating the biggest systems in the biggest departments to more contemporary and flexible pricing models similar to those used by business remains a significant challenge.

It is widely anticipated that when Finance ultimately makes public the results of its ERP investigation – which is expected this year – agencies across the Commonwealth will be firmly encouraged to rationalise the number of different systems they use to a more limited and cohesive group.

“The devolved nature of the public service has resulted in Commonwealth entities, over time, implementing various, often customised ERP systems or systems for key functions,” Finance’s description of its ERP investigation says.

“This has afforded Commonwealth entities the opportunity to pursue systems and processes that best meet their needs. However the fragmented approach may also have reduced the overall efficiency and effectiveness of government operations.”