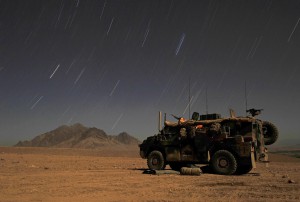 Prime Minister Tony Abbott has moved to defuse the growing unrest and electoral backlash over his government’s low-ball pay offer to Australian Defence Force personnel, bowling up a full two per cent increase that he says will take effect from the next payday.

The pay increase for uniformed members of two percent ups the government’s previous deal of 1.5 per cent that infuriated back benchers and acted as a catalyst for Tasmanian Senator Jacqui Lambie to quit the Palmer United Party and mount a personal blockade of legislation in the Upper House until the issue was resolved.

“The Australian Government understands that the work performed by members of the Australian Defence Force is unique and crucial to our nation and our security,” Mr Abbott said in a joint announcement with Defence Minister Kevin Andrews.

“In recognition of these unique circumstances, the Government has decided to increase the wage offer for ADF personnel to two per cent per annum, over the life of the agreement.”

The high profile backflip comes as the Community and Public Sector Union this week sought permission from the Industrial Relations Commission on behalf of around 20,000 civilian staff at the massive Department of Defence to hold a strike ballot to legally clear the way for industrial action at Russell and around Australia.

However unlike civilian staff, uniformed ADF personnel have no right of bargaining or industrial action and are essentially at the mercy of the Defence Remuneration Tribunal which effectively has its direction set by the government of the day.

The government’s previous pay deal of 1.5 per cent caused deep anger within the wider Defence community last year because, apart from being so low to be almost nominal, the number sat well below the November 2014 inflation rate of 2.7 per cent.

Since then the inflation rate has now dropped to an uncharacteristically low 1.7 per cent, handing the government the opportunity to claim that its new deal now trumps the rate of price rises in the Consumer Price Index on which the inflation rate is based.

“This keeps ADF pay above the current annual inflation rate of 1.7 per cent,” the Prime Minister said.

However inflation is now so subdued it sits below the Reserve Bank of Australia’s target band of between two to three per cent, a firm indication that economic growth remains similarly sluggish.

When inflation goes up, which it will, the ADF pay deal will look less appealing than it does now.

Nation Secretary of the CPSU, Nadine Flood described the government’s increase as “a significant move” but cautioned it only came because the Prime Minister was “under fire for his attacks on the real wages, rights and conditions of ADF personnel.”

“Offering our ADF 2 per cent  with no cuts to conditions isn’t exactly generous, but it is a mile ahead of the attack on rights and real wages on offer from this Government to public sector workers,” Ms Flood said.

The union immediately seized on the ADF’s increase as a justification for civilian public servants to be able to extract a similar deal.

“If the Government can move for our ADF personnel, why don’t Defence civilians and the public sector workers who protect our borders in Customs, Immigration and Quarantine deserve more than a vicious attack on their rights and conditions?” Ms Flood said.

“Why don’t the people on average wages in Centrelink and Medicare deserve some recognition for the tough job they do for our community?”

Mr Abbott said the advocacy of Senator Linda Reynolds and MP Mr Andrew Nikolic, both former senior ADF personnel, had “been central” to the latest deal.