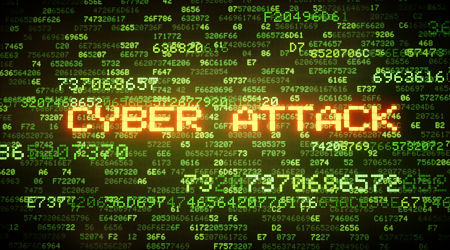 The Australian Cyber Security Centre (ACSC) is set to more than double in size and move from ASIO’s Canberra headquarters, subject to the outcome of a parliamentary inquiry.

The $38 million relocation from the Ben Chifley Building down the road to Brindabella Business Park, near Canberra Airport, has been fuelled by the expansion of the ACSC, an expansion flagged in April in the federal government’s national security strategy.

The Centre was established in 2014 to pull together the cyber security skills of staff working at a number of agencies including Defence, the Australian Signals Directorate; the Australian Security Intelligence Organisation (ASIO), Australian Federal Police (AFP), the Attorney-General’s Department and the Australian Criminal Intelligence Commission (ACIC), as well as from industry, academia and the private sector.

It means the Centre will soon outgrow the ASIO building, which currently houses 260 of its staff as well as other integrated and embedded staff, necessitating a move to offices in Brindabella and fitting them out to create workstations for up to 700 staff.

Another key driver behind the move is to create office space less hamstrung by the high levels of security clearance required over at ASIO. It can take more than two years to secure top level security clearance and this has held back hiring new staff and hampered collaboration in the cyber security­ hub.

While the Centre’s current accommodation is almost full in some sections, other parts are under-used because they have a high security classification and many staff cannot enter. The new location will support multiple security levels – impossible in the Ben Chifley Building – as well as providing space for staff from academic institutions, industry and innovation initiatives.

Defence’s submission to the Senate inquiry into the fit-out and relocation said that the move would support “multiple levels of classification” and “ facilitate greater levels of collaboration” between ASD and its ACSC partners, most of whose personnel currently did not hold the appropriate clearances needed in the Ben Chifley Building.

Defence said ASD’s mission had changed from focussing on protecting highly classified information and networks – where a secure environment was essential – towards protecting government networks connected to the internet.

“The nature of the work has evolved to the point where operating solely in a highly classified environment is a hindrance to ASD’s delivery of their cyber security mission,” said Defence’s submission.

“The need for private industry partners to obtain security clearances – and even the overheads associated with organising visitor entry for short term visits – currently make achievement of the government’s intent considerably more difficult.”

High classification levels had also made it difficult to recruit staff skilled in cyber security, which were in short supply and high demand. Defence said there was a “relatively high turnover” of experienced cyber security staff and retaining staff was often difficult when private sector wages were higher.

Submission to the Parliamentary Standing Committee on Public Works can be sent until January 13. There will be public and in-camera hearings for the inquiry early in 2017.