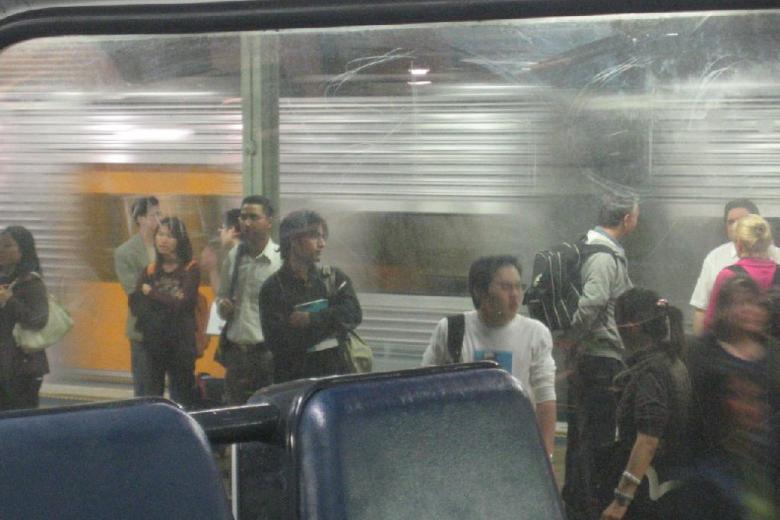 There’s no shortage of mobile apps claiming take the frustration out of using public transport, but the University of Sydney believes it has hit on an idea that will appeal to frustrated commuters and rail operators alike.

Researchers at the sandstone institution say their latest product, dubbed ‘RateIT’, can be used by commuters to warn each other of transport problems such as overcrowding, failed air conditioning or the perennial irritation of “rowdy students.”

For those fed up with people putting their feet on seats or redecorating rolling stock with contemporary calligraphy, transport operators will also be linked into the system through the app which will allow them to adjust services to overcome difficulties and respond to these varying passenger needs in “real time”.

While commuters can use the app to organise themselves by avoiding overcrowded or problematic trains or buses, it also has the potential to reduce the burden on transport operators trying to manage large crowds getting on and off vehicles.

University of Sydney Business School’s Institute of Transport and Logistics Studies (ITLS) lecturer Dr Claudine Moutou said a bus operator can respond to delays on the rail network, assess the need for additional services and then inform travellers accordingly by using the information supplied by passengers via RateIT.

“To make public transport a traveller’s first choice we need to know much more about the experience from their point of view,” Dr Moutou said.

She said data collected in the RateIT app will “help us to answer important questions” about passenger expectations and how long they will tolerate a less than perfect service.

According to the Sydney University, the researchers say that their project is crucial in an environment where public transport operators are under pressure to provide better services to more people for less money.

The University said that School of Information Technologies experts in computer-human interaction Professors Jay Kay and Robert Kummerfeld will be working on the app together with a number of IT students.

They expect that the RateIT will go to trial at the end of 2014 on buses under the Sydney-based operator, Forest Coach Lines.