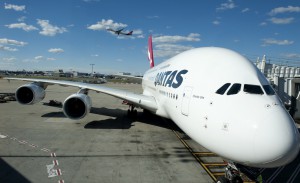 A take-home pay cut of $8000 a year for former Customs staff instigated by the former Abbott government has provoked a national 24 hour strike across Australia’s international airports next week.

The powerful Community and Public Sector Union has warned the action will hit airports from 9th November. The action comes as the union tries to jolt security agency Border Force to reverse its position on workplace changes it says duds employees.

It is understood the action will hit passport checks and freight screening, however exempted national security functions will continue as normal.

The revelation of more strife at Department of Immigration and Border Protection comes after CPSU gave official notification it will increase the length of legally authorised rolling strikes from 2 hours to a full day in an attempt to jolt the federal government into dumping the pay cuts.

The escalating industrial row at Border Force has become a pivotal battleground for the CPSU in its wider battle over public service wages and conditions and is increasingly being regarded as major tactical blunder by former PM Tony Abbott, ex-Employment Minister Senator Eric Abetz and surviving Immigration minister Peter Dutton.

The highly divisive pay deal foisted on Border Force staff – which stems from the administrative merger of the Department of Immigration and former Australian Customs Service – means frontline staff at the latter stand to lose thousands of dollars a year in take-home after previously held conditions and entitlements were removed.

But as the Coalition regains its popular mojo, there is understood to be growing frustration in parts of the government that the Border Force pay issue has been allowed to fester.

The main irritation is that the dispute helps bolster union claims of a wider agenda to force down public sector pay remove conditions as part of a return to the supposedly junked ‘Work Choices’ industrial reforms while also generating major distraction from mainstream enterprise negotiations.

The latest airport strikes follow an attempt by the Turnbull government to reach a compromise with the CPSU this month in the long running pay row after government finally lifted its pay offer – which is still largely just at or below inflation – from an unviable 1.5 per cent to 2.0 per cent over three years.

That compromise has resulted in significant movement at the margins from the main public service union.

The CPSU this week released results from its member survey that indicate public servants may be willing to settle for a pay increase of between 2.5 per cent and 3 per cent as long as they are able to retain key employment conditions, particularly surrounding leave and working hours.

The removal of Tony Abbott as Prime Minister and his Employment Minister Senator Eric Abetz has also provided the catalyst for a negotiating reset, with substantial bad blood flushed away with political careers.

The industrial situation at Border Force – where the pay cuts stem from shift in award coverage from agency mergers rather than routine enterprise bargaining – is a long way from the APS bargaining middle ground in terms of the negative impact on staff and is increasingly looking like a free kick for the CPSU.

Accident prone Immigration Minister Peter Dutton remains under substantial pressure from some parts of the Coalition to neutralise the situation and remove a major tactical advantage for the CPSU and Labor generally.

A major concern is that the Border Force dispute has provided the CPSU with plenty of ammunition to lay down covering fire for highly disruptive airport strikes that would otherwise be a public relations disaster.

The National Secretary of the CPSU, Nadine Flood wasted no time in ramming home the message that the government’s ambitious hard line actions at Border Force could widen unless firmly checked at the gate.

“We have made the decision to restart significant industrial action, given that discussions with [the] Government have not produced any meaningful move on cuts to these workers’ rights, conditions and take-home pay,” Ms Flood said.

“Last month 91 per cent of Border Protection staff   that’s more than 10,000 people   voted No to an unfair agreement that cut the take-home pay of many staff by $8,000 a year or more and stripped rights for all employees.”

Ms Flood said the CPSU anticipated that Border Force’s executive would “continue their expensive and heavy-handed tactic of flying managers around the country to act as strike breakers” and labelled such moves as a divisive tactic that would do nothing to achieve a resolution.

The extent of the removal of conditions and take home pay losses at Border Force makes the latest 2 per cent offer from the government largely academic according to the CPSU’s chief.

“[Public Service] Minister Michaelia Cash’s decision to raise the pay offer cap to 2 per cent doesn’t compensate for losing a raft of rights and conditions,” Ms Flood said. “Not fixing the $8,000 pay cuts Government is still pushing to slash from the take-home pay of officers working to keep our borders safe just makes their offer ridiculous.’

“I’m willing to get on a plane anywhere, any time to sit down with Government and resolve this dispute,” Ms Flood said.

Government News has contacted the Department if Immigration and Border Protection for comment on the strikes.