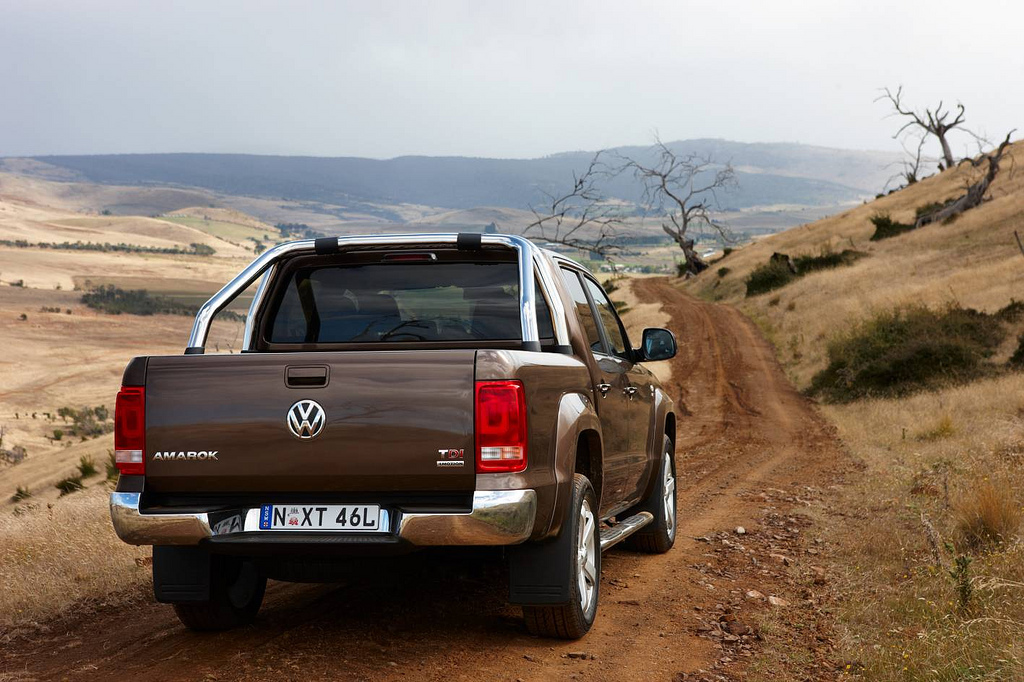 Although today’s utes and tray-backs look similar in configuration to those of the early 2000s there have been a dramatic changes under the skin. Yesterday’s ute-purchasing criteria may no longer apply to your fleet, Allan Whiting reckoned in our June/July 2014 magazine.

Today’s ute trend setters are the mechanically identical Mazda BT-50 and Ford Ranger. The 3.2-litre five-cylinder diesel versions put out no less than 147kW, with 470Nm of torque. Even the 2.2-litre four-cylinder model has 110kW/375Nm. VW’s Amarok takes the output-per-litre figures to an even higher level, with 132kW/420Nm, from a two-turbo, series turbocharged two-litre diesel.

Go back to 2000, when the Ford /Mazda ute duo boasted the most powerful 2.5-litre diesel in this class: 86kW and 280Nm. Back then, ute makers had petrol engines as their performance choices, with the Holden Rodeo leading the market with a 3.5-litre, 147kW V6.

In the late 1990s the HiLux could easily achieve market leadership with a choice of 2.7-litre petrol four (108kW/235Nm) or three-litre diesel (65kW and 197Nm). The turn of the century was the shifting point in the petrol vs diesel contest, as turbo-diesels matched petrol engine torque.

These days, only Toyota, Holden and Ford sell big-bore petrol utes anymore, because diesel performance has long since eclipsed petrol outputs in fleet-type work, with better economy. I

n less than 20 years the modern diesel has more than doubled the horsepower and torque figures of its predecessors, with no significant increase in engine size and with equal or lower fuel consumption. How has this been possible?

We can thank global legislators for the giant leap in diesel performance, because the only way engine makers could comply with ever-tightening regulations over exhaust pipe emissions was by improving engine efficiency. In 1988 the upper limit for diesel engine oxides of nitrogen (NOx) emissions in the USA was 14 grams per kilowatt hour and particulate matter (PM) was limited to 0.80 g/kWh.

Since that time the limits have crept downwards and 2007 targets in the USA, Europe and Japan – and later adopted by Australia – were only 1.5 g/kWh for NOx and 0.013 g/kWh for PM – that was a tenfold reduction in NOx and a sixteen-fold reduction in PM. Since 2010 heavy-truck diesels have been allowed to emit virtually nothing except carbon dioxide and those regulations will eventually extend to light-duty diesels. On the way to emissions laws compliance ute engine makers were forced to invest huge sums in R&D.

The keys were turbocharging and intercooling; computerised, sequential fuel injection with variable timing; higher-quality combustion zone components and much finer engine tolerances, to ensure little lubricating oil was burnt. Parallel with engine developments came chassis-control electronics. In overseas testing Electronic Stability Control (ESC) proved its ability to reduce dry-road accidents by more than 20 per cent, but its benefits were even more significant in wet and icy conditions, where the accident reduction rate increased to between 30 and 40 per cent.

The lead for mandatory ESC in Australia came from Victoria in February 2007, when Premier John Brumby unveiled that State’s “arrive alive 2008-2017” road safety strategy. A cornerstone of this program was the compulsory fitment of electronic stability control (ESC) to all new cars registered in Victoria from January 2011. ESC is an extension of anti-lock (ABS) and traction control (TC) systems.

The ESC sensors detect how rapidly and how far ‘out of shape’ a vehicle is getting, at which point the ESC control applies selective braking to one or more wheels to restore equilibrium. ESC has been an ANCAP requirement for a five-star safety rating from the beginning of 2008. So, now we have utes on sale in Australia that have car-like performance and dynamic safety, but it’s not all sweetness and light.

There’s no such thing as a free bottle of wine and with all this high-tech advancement comes inevitable baggage. The most expensive baggage is the fuel system. All new ute turbo diesels use common-rail fuel injection that employs a high-pressure fuel pump and electronically-controlled injectors. Rail pressures are now around 1800-2000 bar and will go higher in the future.

It’s obvious that any contaminant in such a system can cause very expensive damage. The fuel system is calibrated for delivery pressure to the main fuel pump and excessive restriction – caused by an inappropriate, faulty or blocked fuel filter – can damage expensive fuel system components. Putting an additional filter in the line may also cause back-pressure issues.

Traditionally, manual boxes have been a better fleet choice than manuals, but another complication with the modern high-output diesel when coupled to a manual transmission is the need for a dual-mass flywheel. In older, lower-torque diesels coil springs in the clutch plate centre absorbed combustion pulse vibrations, but high-output diesel vibrations are beyond their capacity.

There are several different DMF designs, but in essence all have two main discs, connected by captive springs between them. The two halves rotate together at the same average speed, but with ‘back and forth’ relative movement between them. The springs act in the same way as the springs in a clutch disc centre, but have much greater oscillation capacity, for more effective vibration damping.

The clutch disc in a DMF is solid and therefore much lighter than a sprung-centre clutch disc. However, a DMF is a factory-built, composite part that cannot be reconditioned. When the springs fail or the friction surface wears that’s it. Unlike a solid flywheel a DMF’s worn friction face cannot be machined smooth again. Also, unlike a solid flywheel, a DMF is an expensive component.

When faced with a DMF replacement some ute operators choose a non-standard solid flywheel kit instead. After-fitment experience is mixed, with many people loving the more positive take-up of a conventional arrangement and happy to put up with some transmission vibration. At the other extreme, some people have experienced transmission damage. These days, an automatic transmission that doesn’t need a DMF may well be the better fleet choice.

Yet another modern-ute issue is replacement tyres. The legal position at present is that vehicles fitted with ESC cannot have suspension lifts or be fitted with wheels or tyres that have different diameter than standard or manufacturer-option wheels and tyres. That’s because an ESC system is calibrated around factory suspension height and rolling radius, and any changes to either may affect ESC capability. As with most advances, the dramatic performance, economy and safety improvements found in modern utes come with responsibilities that fleet buyers and maintenance staff need to understand.