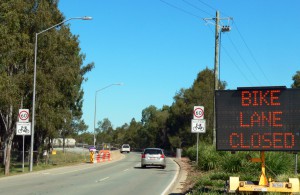 Executives and managers within Australia’s local government sector face significant upheaval over coming years as pressure mounts on their councils to pursue mergers and strategic outsourcing of core services to deal with shrinking funds and contain costs.

That’s the turbulent picture painted by a new report from the University of Technology Sydney’s Centre for Local Government that polled 250 council leaders across 176 councils in Australia and New Zealand on the “Changing Landscape” of the sector over the next 10 years.

Commissioned by UK based systems and outsourcing company Civica, the report found that “96 per cent of respondents expected to see increased local government service consolidation in the next decade” – though there was far less consensus on how this would occur.

“The two biggest camps were those who believed the way forward would be an increased shift towards strategic partnerships to provide services, and those who thought fewer and larger local government areas were the most likely path,” the report said.

“Some 32 per cent of local government leaders believed council mergers would be the primary operational response to the new drivers of change. Even amongst those who did not rank amalgamation as the leading characteristic, most still considered it unavoidable to some extent.”

Put bluntly, should those expectations play out, the nation’s local government sector could shrink by a third; a scenario already unfolding in New South Wales under that state government’s controversial ‘Fit for the Future’ program.

According to the survey, just 4 per cent of respondents “thought that there would be no consolidation in the next ten years.”

A major headache for councils engaging in mergers – whether voluntary or forced – is the integration of often incompatible management and reporting software and technology systems.

The upsizing of scale for councils is a double-edged sword for companies like report sponsor Civica because while bigger councils can more easily afford their products, existing clients could also potentially be consolidated.

How councils select and buy their enterprise management systems and other common software could also soon be on the procurement bargaining table.

Pressure on council workforces is also increasing according to the survey, with paying people remaining one of the most substantial cost factors.

It also noted that local government leaders said that “more flexible working policies and multi-agency teams would be the cornerstone of future operational models” and that “the diversity of roles performed by staff, as well as difficulty upskilling employees were noted as two considerable workforce planning challenges.”

“There’s a broad realisation that councils need to move away from rigid schedules, roles and hours. Councils need to provide more workforce flexibility, allowing employees to work whatever hours they require to get the job done,” the report quotes of Mr Anderson.

“This is going to mean removing a lot of internal mental stumbling blocks but ultimately it means providing the community with a more responsive service.”