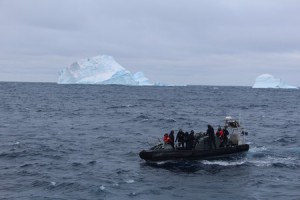 The boats may have stopped for Tony Abbott, but workplace relations with the people on the frontline of Australia’s new border security agency have sunk to a new low after the latest pay offer in a protracted industrial dispute stunned staff and unions by coming in well below that of Tax and Centrelink.

Having been greeted by walk-offs over the stripping of conditions on its first day in July, senior management at the recently stood-up Australian Border Force are bracing for a sustained backlash from Community and Public Sector Union members over a deal the union says cuts up to $20,000 a year from some pay packets while increasing work hours by a week every year.

Consisting of a base salary increase over three years of 1.3 per cent in the first year and then 1.05 per cent for each year after, the offer has confirmed a deeply unpopular push to retire a swag of allowances and provisions that routinely made-up the take home for many specialist former Customs and Immigration officers who are now facing a pay cut in real terms.

The row between Border Force management and its staff is seen as a key test as part of a wider push by the Abbott government to tackle public sector unions and the retention of a raft of special allowances and payments in favour of a much flatter system of remuneration for public servants.

The CPSU on Monday blasted the proposed deal in its strongest language to date, saying it was a “the worst offer we have ever seen” and the harshest attack yet on pay and conditions approved by the Australian Public Service Commission “in recent memory.”

The union also took the unusual step of stressing to members that its bargaining team “has not agreed to this proposal” adding that “we are in the fight of our lives”.

“Unlike other APS agencies the Department [of Immigration and Border Protection] has chosen not to increase its pay offer to the still measly and unacceptable 1.5 per cent per year.”

“Cuts to a range of allowance[s] which will leave many employees in Border Force and the Department up to $8000 short with some employees [in] remote areas up to $20,000 behind. Allowances that have been temporarily maintained in the s24 determinations will not be carried over in management’s offer,” the CPSU said in a bulletin to members.

The offer is understood to have taken many staff aback, paving the way for a fresh round of more disruptive industrial action at air and sea ports in the likely event it is voted down in a staff ballot.

National Secretary of the CPSU, Nadine Flood labelled the offer as “disgraceful” and a “kick in the guts” saying it “fails to recognise the hard work and professionalism of Border Protection workers.

Ms Flood took particular aim at the “stripping of allowances” Border Force personnel “get for being at sea for weeks at a time, using firearms, meeting high fitness standards, working long hours, unusual shifts and dirty and/or dangerous work.”

While other departments have been seeking to negotiate enterprise agreements with at or below inflation pay rises in lieu of cutting more staff, the threat of redundancies at DIBP is less potent because of the need to maintain resourcing to ensure the Abbott government’s stated policy objective of direct maritime interdiction stays on course.

In July both Immigration Minister Peter Dutton and the CPSU both denied that industrial action at Border Force had resulted in recent boat arrivals.