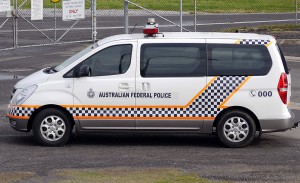 A controversial push by an element of the Australian Federal Police Association (AFPA) to snatch union memberships at the Australian Border Force away from the Community and Public Sector Union (CPSU) has been assertively thwarted, narrowly avoiding a damaging public row within the frontline security agencies.

In a joint statement quietly issued to union members earlier this month, the chief executive of the AFPA Dennis Gellatly branded the proposal to seek coverage of Border Force members “an ill-considered thought bubble by a few individuals which the AFPA had no intention of pursuing.”

The unusual spat over union coverage boiled over earlier this month after it was reported the AFPA could be seeking to boost its membership by almost double by getting sworn Border Force officers to come across to it.

The potential public battle over union coverage turf could not have come at a worse time for both the CPSU and the AFPA, with the former locked in a bitter industrial dispute with Border Force management over proposed changes at the new agency over the transfer of workplace rights and conditions that potentially strip out as much as $8000 a year in take home pay.

The dispute over rights and conditions has resulted in two national strikes by unionised Border Force at airports, as well as some partial work bans on the nation’s docks — which prompted Border Force management to dock participating workers a full day’s pay.

“It is unfortunate that this issue has come up at a time when Border Force employees are facing a very difficult industrial situation,” Ms Flood said.

“But we won’t let it get in the way of us continuing to work together for the interests of our respective members.”

Now the CPSU, AFPA and its umbrella organisation, the Police Federation of Australia jointly insist the coverage issue has been resolved with the organisations in furious agreement.

According to the joint statement, the CPSU, PFA and AFPA now all acknowledge that:

“We are a federation of police unions and there is no sensible reason why Border Force employees should be part of our organisation,” Mr Burgess said.

“We work professionally with the CPSU and respect their longstanding role in representing border protection employees and working with us on issues of common concern.”

Nothing to see here …