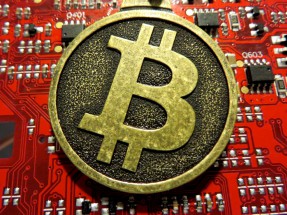 A leading economist has claimed that Australia and its Reserve Bank will be out of the physical cash printing business by 2025, opting instead to mint a digital cash equivalent to fuel electronic transactions.

The bold call has been made by Professor Rabee Tourky, director of the Australian National University (ANU) Research School of Economics, a school that as earned a solid reputation for producing practitioners at the pointy end of the dark art.

“In 10 years’ time there won’t be any paper cash. The big question is what’s going to replace it in Australia? Will it be Bitcoin? I don’t think so. More likely it will be ‘AusBit’, an Australian government issued digital cash,” Prof. Tourky said.

While there is no doubt that the use of cash is certainly gradually declining, whether or not it will be redundant in just a decade certainly raises some interesting issues on the policy and regulatory fronts.

Although so-called crypto currencies like Bitcoin have attracted cult-grade media coverage, the vast bulk of transactions flowing through electronic channels essentially moves between bank accounts and their parties which in turn are enabled by various payments services and card schemes.

While many internet purchases are made using credit cards or their proxies – largely because of global interoperability requirements to enable overseas and cross currency transactions – the ultimate source of the money usually comes derives from a regular bank debit account.

And while the transactions are as good as cash – after a the bank (in theory) holds your cash savings securely to withdraw as cash required – electronic and online transactions leave a trail of valuable data that can be exploited by everyone from regulators to marketers and economists.

That kind of information has become a gold not just for commercial organisations looking to find ways to get you to spend more money, but government itself as it tries to get a more accurate and timely picture of how the economy is behaving.

Electronic payment instruments have been sophisticated enough for years to tell you, at a broad level, whether spending on key commodities like petrol us up or down.

You can also see how much debt people are carrying on their credit cards thanks to the publication of outstanding balances data published regularly by the RBA.

As a general rule, consumers pay down outstanding credit card debt when they are fearful of wider economic conditions and job security prospects   basically so they don’t get stuck with a credit card debt that attracts interest rates that can be as high as fourfold the official cash interest rate.

The societal and economic value of being able to see those movements and fluctuations, versus the largely anonymized cash-mimicking properties of crypto currencies like Bitcoin, is where the cyber money debate is now headed.

One of the big social inclusion issues that has been generated by the explosion of online commerce is how to give people who can’t get or don’t want to use credit cards – and that includes merchants and shops   access to online payments.

In Australia that’s spawned the evolution of direct payments juggernaut BPAY and a very significant revitalisation of the Eftpos network to modernise its offerings (both brands are essentially owned by Australia’s retail banks, although Eftpos also has supermarkets Coles and Woolies as stakeholders).

Even so, most of the transactional availability of those is largely geared towards domestic or in county payments – rather than buying something on from an overseas vendor.

This is where the crypto currency versus credit card debate starts to get interesting.

For starters there’s a strong social equity argument that as many merchants – including government agencies that require and compel payments   gradually steer more and more customers to online payment channels as the default, those with the least access to credit cards shouldn’t be left.

A state issued crypto currency could theoretically plug that hole, assuming that merchants accepted it. Acceptance is not necessarily a given, but if costs were low enough and the infrastructure worked there could well be a market.

“One of the major economic issues we have now is the emergence of this great experiment with electronic cash, such as Bitcoin,” Professor Tourky says, noting that setting up a local e-cash instrument would just bring a new era of digital money but also a set of unique characteristics and challenges.

“It’s also going to have some issues that cash as we know it doesn’t have, such as privacy, anonymity and the perhaps the emergence of anonymous markets. These are going to be big open questions in economics. It’s going to become a major issue for people studying money and banking.”

Well perhaps. And perhaps not quite.

Regulators are still more than a little wary of what crypto cash promises in terms of anonymity, especially those charged with policing illegal transactions to nefarious beneficiaries like proscribed terrorist organisations, Ponzi schemes, cults, illegal casinos, child pornographers and countries with sanctions.

And given the escalating volumes of online fraud (more garden means more weeds) you can safely bet there would be a pretty hard-nosed attitude to entertaining systemic risk.

Then there’s the small issue of the Reserve Bank’s rather lucrative sideline in actually running the printing machines for money, Note Printing Australia which don’t just produce our unique polymer notes, but also money and passports for other nations.

From the payments industry side, the backlash against the creation of a sovereign crypto-currency would be tectonic because it could bypass payment schemes and their money-go-round of lucrative interchange and volume assessment fees altogether.

Banks, despite making a mozza out of issuing cards, might however keep an open mind given that the margins on cash transactions are lower and costs higher. An especially open mind if they get to clip the ticket.

The ANU is banking on getting a few enrolments from the financial services and regulatory sectors.

“This is an established course which we’ve changed to include studying the theory behind digital cash,” Professor Tourky said.

“ANU economics students typically go into leadership roles, either in government or in the banking sector. In four or five years’ time they are going to be faced with these issues.”

Government News also has a prediction. We anticipates that given Canberra’s first Bitcoin automatic teller machine has been installed in a shopping mall immediately adjacent the Australian Taxation Office’s main offices in Civic, some of the strongest practical and academic interest in the future of crypto currency will come from that agency.

The digitisation of the cash economy might not be the future of payments they were thinking of.

(Government News has contacted the Reserve Bank for comment).