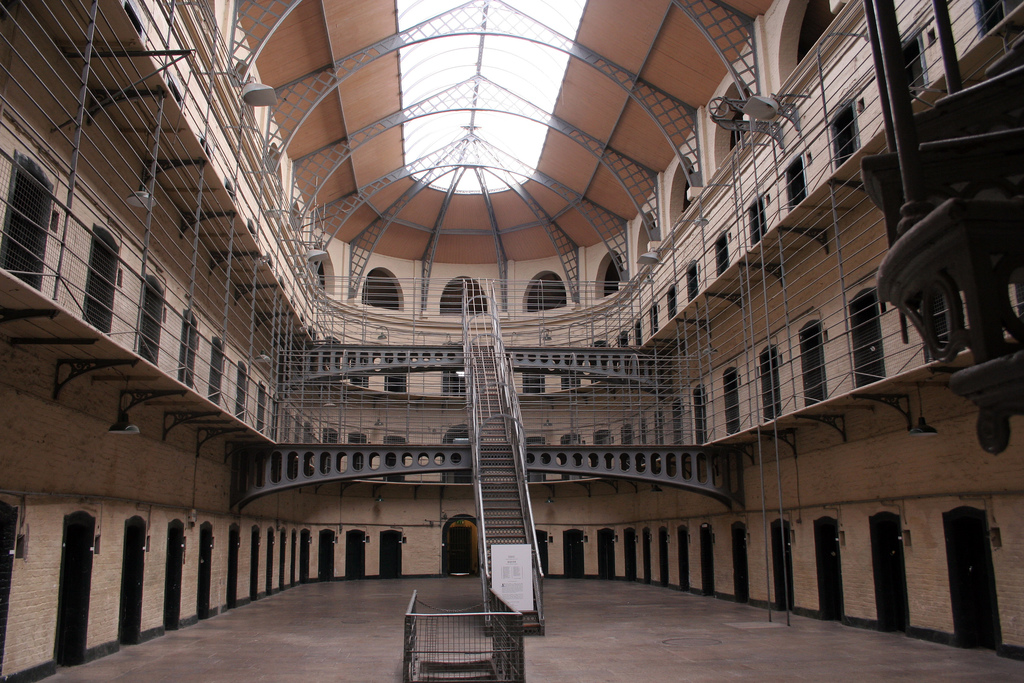 This article first appeared in the October/November edition of Government News.

In a digitised future for prisons, inmates could spend the 18 hours-a-day they are locked in their cells undertaking online rehabilitation therapy, doing a TAFE courses online or Skyping their families, rather than watching mind-numbing daytime television, or scoring drugs. Marie Sansom investigates.

That’s the future Brett Collins from national prisoner advocacy organisation Justice Action is daring to imagine having taken his recent report Online Counselling in Prison Cells to Corrective Services Departments in every Australian and New Zealand state and territory, as well as to the UK, Canada and the US.

As prison populations grow across the developed world, it’s an idea that could well get traction as authorities search for ways to make jails less violent, more manageable and actually produce better results for those detained for living outside the law and society’s rules.

The a key part of the concept is to put technology in every Australian prison cell so that prisoners have controlled online access Cognitive Behavioural Therapy (CBT), through programs like MoodGYM and can contact external counsellors via email or Skype.

Prisoners would also keep the same therapist if they moved jails, and the therapy could start from when they were arrested and continue once they were released.

They could also potentially access specific services, such as online drug and alcohol counselling, training and education and legal information along with more regular but vetted email and Skype contact with their families, who frequently live far away.

If that sounds like pie-in-the-sky thinking, the reality is that moves to modernise the justice system are already afoot.

Victoria and the ACT already allow computers into cells in some of their prisons and there’s a possibility the Northern Territory could soon be following suit at the Darwin Correctional Precinct, which is still under construction.

At the moment, therapy is still not delivered online in any state, although education and training and access to legal documents to prepare a defence are.

Corrective Services NSW (CSNSW) told Government News that they are considering a pilot of secure in-cell computers with access to employment and education portals for inmates preparing for release and prisoners in full-time education; although these computers will not be connected to the internet.

Part of the logic behind the digital push is to reduce the reoffending and recidivism risk of prisoners who have been isolated for literally years and are then forced to cope with huge changes to the way they lived before they went inside, often with minimal awareness or coping skills to deal with what will confront them.

Justice Action’s Mr Collins told Government News he knew of prisoners released after more than 20 years inside who had had minimal access to any kind of therapy, little insight into their behaviour and no skills that could actually get them a job.

“Some people come out after 25 years and we are the only contact they have,” Mr Collins said.

“They [can] have much worse problems when they come out than when they went in. They walk out with nothing: no skills and no ability to survive. What is going on? How can Corrective Services be doing its job?’’

He said access to counselling in prison was poor and generally involved prison psychologists assessing prisoners when they first arrived to decide their security classification and risk levels, with the possibility of a follow-up visit six months later and another visit within a year.

The emphasis was not on rehabilitation or building trust between patient and therapist, said Mr Collins, but on assessing, reporting and classifying risk: often when refusing or granting parole or a transfer. Prisoners were unlikely to tell the truth and prison psychologists didn’t expect them to.

Using external counsellors via online CBT in prison cells would establish therapeutic relationships based on trust and confidentiality, not on power or conflicts of interest.

“External providers don’t have that conflict of interest, somebody with a security objective. They have somebody who earns their trust. Change is never imposed with a big stick but the person has to have a reason to want to change,” Mr Collins said.

He said that CBT, where patients identify problematic behaviours and thinking patterns and look at how to change them, could transform jail sentences from being “a totally dead time”, where people often turned to drugs or scammed medication to cope with grinding boredom, into an opportunity for reflection, change and growth.

“It’s a destructive and unhealthy environment where people are learning to be passive and not able to take control over their own lives [and where] the only focus is on whiling away time in the most painless way possible. Being a bit out of it for a while, that’s your escape. That’s why the level of drug use in prisons is so high,’’ he said.

Online therapy let prisoners reflect on what they learned and reinforced positive ideas to maintain changes in behaviour and thinking – critical to reduce reoffending. Crucially, it meant continuity of therapy, as prisoners could keep the same therapist, even if they were transferred or released.

But there could also be financial dividends in reducing the high and escalating costs of locking people up.

Another obvious potential benefit is that available pool of counsellors and psychologists could be increased in the same way as tele-health and remote consultation via video conferencing are now being used in mainstream civilian medicine to tackle the tyranny of distance.

But what about the cost of putting a computer in every cell?

Mr Collins said he had been offered ‘’unlimited availability’’ of computers from a charity recycling corporate PCs and the cost was minimal. MoodGYM was federal government-funded, free to access and underused.

The cost of putting computers in cells was dwarfed by the money spent incarcerating prisoners who reoffended on release.

Research showed reoffending rates in countries where prisoners had computers were half that of Australia’s. Norway, for example, had a recidivism rate of 20 per cent, compared with 60 per cent of Australian prisoners who reoffended.

“The NSW government is currently spending $210 per prisoner per day to place prisoners in a cell for 18 hours with a television and not much more. With access to online therapy in cells, more value is attained per dollar of spending,” Mr Collins said.

But not everybody is on board.

A CSNSW spokesperson said the department was not considering offering Cognitive Behavioural Therapy online because, “this approach is too generic and does not target individual factors relating to offending behaviour.”

“CSNSW provides therapy in a group setting which allows offenders to interact with the therapist to change their behaviour. This cannot occur with an online treatment model.”

Security is, of course, the most serious concern for prisons, particularly because prisoners have breached computer security in the past. In the UK offenders taunted their victims on Facebook and pornography has been smuggled into Australian prisons on USBs and discs.

Mr Collins said Justice Action was documenting every breach they heard about globally but he said products such as PrisonPC were available to address these risks. PrisonPC ‘s website says the product can restrict web access and filter email while being monitored centrally by prison staff for security breaches and misuse. Prison staff can also remotely remove inmates’ privileges, like email, television and games if they do break the rules.

Whatever the near future holds, the debate is set to continue and the relentless march of technology is unlikely to stop anytime soon.