This story first appeared in UKAuthority.com and appears here by kind permission of the author.

Rob Whiteman, chief executive of the UK’s Chartered Institute of Public Finance and Accountancy talks about the financial challenge in spending on digital transformation – along with the integration of health and social care 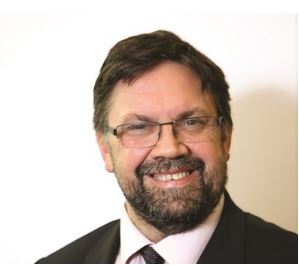 Pic: CIPFA
Rob Whiteman spends a lot of time thinking about the financial dilemmas facing local government, and there is a major one around digital transformation.

Almost everyone agrees it is a necessity, but it comes with a big price tag, and with councils’ budgets already cut to the bone it is a tough call to make a case for heavy investment on which the return is likely to be years away.

As chief executive of the Chartered Institute of Public Finance & Accountancy (CIPFA), Whiteman has a day-to-day preoccupation with local authorities’ bottom line. It is not a direct responsibility, but as the professional body for officials at the sharp end it plays a significant part in honing the thinking.

He recites the basics of local government’s current difficulties: spending down by approximately 40% since 2010, demands on social care that have led to a 5% increase for children’s services and a 10% limit on the cuts for adults, and much sharper reductions in areas such as regulatory services and running libraries.

“The problem is that creating the space and investment for digital transformation is difficult when you don’t have the money to keep the show on the road today,” he says. “Everybody can see that, particularly with Generations X and Y, people want to access services in a different way. They want 24/7 services and want to be able to transact on the web.

“That needs investment, and local government has many strengths, but it’s hard for it to make system investment when it’s more than 400 organisations. You need an organisation like DCLG (the Department for Communities and Local Government) to be able to pump prime.

“If local government were not 400 institutions it could probably not have borne the cuts it has, but if you want to invest in something different, while the bigger authorities can find the space to do this, it’s very difficult for a small council with big budget constraints. Ideally it should mean working with other authorities to invest in it together.”

The joint investment is not happening on any large scale and, since the Government Spending Review of 2015 provided nothing to support local digital efforts, there is no pump priming from the centre. There are organisations such as CIPFA, the Local Government Association and public sector IT association Socitm to support some coordination and shared effort.

Whiteman says they can provide help, not just in arguing the case for local authorities but in challenging how they do things, pressing for more economies of scale and to avoid duplication. But councils still have to spend on investment, and Whiteman provides some advice on how they can make the process more manageable.

“Number one, somebody has almost certainly already done it,” he says. “Actively go out and look for good practice and find councils that have already done something you’re thinking of doing.

“Secondly, if you’re going to do it, do it well, and make sure you have the right capability. The best business cases are those that may cost a bit more than people are comfortable with but give greater assurance they will be delivered because you have the capability and capacity to deliver them well.

“And try to do it with other people. Find other councils to work with, or partners that have already done something like this.”

He emphasises the importance of being very clear over the expected benefits – “the more work on benefits realisation the better” – and the linking of digital and service strategies. But he suggests that councils will struggle if they do not take a more collective approach.

“I think local government is good at implementation; it has been able to make 40% cuts because it has implementation skills. The weakness is that implementation tends to be for individual organisations rather than at scale, and if it were done at scale the benefits realisation probably could have been ever greater.”

Things get even more demanding when you look at the need for integrating services. The Government has made this a big issue for health and social care with the Sustainability and Transformation Plans (STPs) for England, a move for which he sees up and down sides.

On the one hand, he describes them as “a really difficult brand”, not helped by many having been drawn up with little or no public consultation; on the other, they could foster a better working relationship between councils and the NHS.

They have different skills sets and financial settlements, with councils being accountable to local electorates while NHS bodies report to the secretary of state for health. This fosters different outlooks, but “these are so different that if they work well with each other the prize can be enormous”.

He says the test will be in whether they develop the right attitude to working together: “I think STPS should be organisations where they want to work with each other and don’t feel they are being strong armed. They are an organisational development exercise to build trust for people to get used to transacting with each other.

“The test of the good ones will be that, after they are abolished, people will want to carry on working that way because they have been successful.”

This will depend partly on how strongly the participants feel a sense of common purpose based on their communities – a “sense of place” as Whiteman puts it – and a willingness to break out of their organisational silos. This is not easy to achieve, as the breakdown of the Total Place policy in the late 2000s demonstrates. But he is hopeful that the move to city devolution, with Manchester at the vanguard, will provide momentum.

“My experience is that a sense of place can act as the biggest drive for collaboration of anything that I’ve seen. What I admire about Manchester is that there’s a sense of place, in that people think they are not supporting the public interest as they should if they stick by the present organisational boundaries and siloes.

“A sense of understanding the issues of a community and feeling a passion to do something about it is the most powerful.”

His other big hope in the technology field is that government makes more of data analytics. He says it could be valuable to local government in plenty of activities, especially social care and public health.

“That type of capability has incredible opportunity in other policy areas – identifying children likely to be at risk, people who are likely to be vulnerable, people who are likely to have poor health. There are very real information management and ethical issues about the degree to which the state makes use of data, and we are going to have to work that through with other policy areas, but data analytics could inform on a whole range of policy issues.”

Through all this Whiteman conveys a combination of acknowledging the starkness of the financial situation facing local government, and an optimism that it has the qualities to find some long term solutions. There is no doubt that digital is going to play a big part.