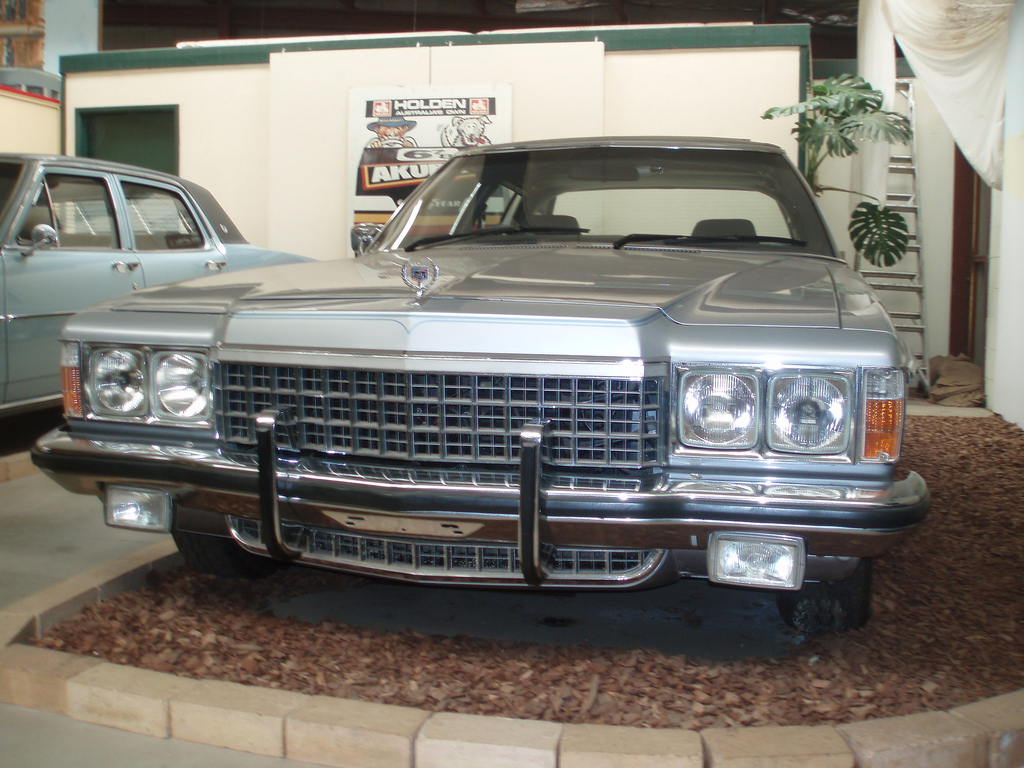 Fleet procurement and maintenance is a big ticket item for any tier of government.

Marie Sansom examines how councils, government departments and government agencies are getting smart and maximising the mileage they get from their fleets.

Fleet is often the third largest expense governments have, after wages and premises, and it accounts for around half of all new vehicle registrations.

With government budgets under constant pressure, cost cutting is affecting every area and buying, leasing and maintaining a fleet of vehicles is no different. This pressure, coupled with a desire to reduce CO2 emissions and be energy efficient has meant smaller, fuel efficient vehicles continue their ascendancy.

Meanwhile, the rise of GPS technology, on-board monitoring devices and better, more accurate reporting mechanisms have given fleet managers a better overview of how effectively their fleets are being used and, crucially, where the possibilities for improvements and further savings lie.

Opportunities to make the most of cheaper imported vehicles and in the future, the possibility of importing used vehicles, mean it’s an exciting time to manage fleet but it’s also a complicated environment to operate in.

Ken Thompson, Director of Research and Communications at the Australian Fleet Management Association (AfMA) says people managing fleet face many challenges, not least coping with the rapid rate of change within the industry.

“The biggest issue for those that manage fleet [he points out that managing fleet is only part of many people’s jobs] is uncertainty,” Mr Thompson says.

“For quite some time now the industry has been in constant transition. We’ve seen over the last decade the change from larger to smaller vehicles to the point we have seen the demise of Australian manufacturers and that itself leads to emerging issues, such as if local manufacturers go we would expect to see the price of vehicles actually falling.”

Mr Thompson says imported models have tended to cost more in the past – sometimes considerably more – than they do in US or European markets.

The good news is that pricing and extras such as extended warranties and accessories, is becoming more competitive as imports vie for attention in a more open market.

“Whatever was setting the pricing, for example that local manufacturers were here, we would tend to see an awful lot of discounting and there’s evidence of that at the moment,” he says.

“There’s such a number of free trade agreements now that most of the vehicles that come in will be zero import duty. I think there will be a price war going on where people are hunting for market share in what we believe to be a more competitive market.”

He predicts a ‘major influx’ of cheaper, Chinese-made cars and light commercial vans all built to European environmental standards 5 or 6 over the next one to two years.

But Mr Thompson says there has been past evidence of vehicles entering Australia with lower specifications, for example, on emissions standards.

Another big change on the horizon could be the possible relaxation of rules governing the importation of used vehicles. At the moment, they can only be imported on a small scale and to ADRs.

The Productivity Commission has recommended the rules be loosened, a stance AfMA supports for cars aged two to four years old that meet international standards.

Keeping informed of what’s happening in the market, says Mr Thompson, is just part of what makes a good fleet manager.

Another attribute in demand is having visibility, that is, being across all aspects of the business.

It has meant that fleet management has become significantly more professionalised and business-centred in recent years, says Mr Thompson, and AfMA offers a Graduate Certificate of Business Management (Fleet) in recognition of this.

Intrinsic to this approach is using key performance indicators, reports and benchmarking.

“What we’re talking about is people having quite a high level of knowledge in change management, financial management, systems and contract management,” he says.

“If you outsource it, you need to make sure you have got the right contract in place and understand what you are actually paying for.”

In fact, he cautions that outsourcing and/or leasing vehicles does not make an organisation any less liable if things go wrong.

“If you’re leasing a vehicle the person you lease it from should be responsible for the maintenance of it. You need procedures in place that can advise when a vehicle fails to meets its maintenance schedule. You can’t just forget it.

“Even if you lease all your vehicles the safety issues are mostly operational issues. These are all the same, whether you buy or lease the vehicle.”

He says fleet managers are responsible for ensuring rules are adhered to, e.g. drivers do not text as they drive and drivers check vehicle loads, where necessary.

Managers must also assess whether vehicles are fit for purpose, work out their whole-of-life costs and aim to secure the lowest price subject to rules and regulations, the most important being those around safety.

“Safety and duty of care is the biggest concern for organisations,” he says.

“For some time now it has been accepted that vehicles being used for business [even if it’s an employee’s own car] is regarded as a workplace.”

Fleet managers have to be across the maintenance and monitoring of a vehicle, check insurance and ensure a driver is competent and safe. This extends to any person allowed to drive the vehicle, such as partners or children.

While outsourcing certain aspects of the role may be common practice, Mr Thompson says organisations will always need their internal fleet managers.

“You can outsource certain aspects, particularly administration, but not the strategic management of your fleet: are you making sure you are identifying and meeting your transport needs? You need somebody who understands the laws and the business they are in who is able to point the company in the right direction.”

Government departments and agencies have for a decade or so now been sourcing their smaller vehicles from overseas since the Australian motor industry went south, with Ford due to stop production in 2016 and Holden and Toyota pulling the plug in 2017, but now they are having to look elsewhere for their larger vehicles too.

The police and emergency services in particular have started to intensively test larger imported vehicles to fill the gap that will be left behind when local production ceases, says StateFleet NSW Executive Director Michael Wright.

Previously, organisations like StateFleet NSW – which buys and leases around 22,500 vehicles, mainly to government departments and agencies – voluntarily stuck to Holden, Toyota and Ford to support the local motor industry but with that option no longer available post-2017 alternatives must be sought.

“Obviously we will still do that while they are still manufacturing here but any additional large vehicles on contract will probably change by the end of the year,” Mr Wright says.

“Everybody is looking at it. Emergency services and police in particular are looking at it in relation to vehicles for highway patrol.”

But being forced to import large vehicles, such as the Chrysler 300C, Volvo, BMW and Mercedes, is likely to be more expensive, says Mr Wright.

“Once testing is over and decisions are made I’m sure that collectively the emergency services guys will be talking to manufacturers – and that will be all the police forces around Australia – about what can you do for us as a group?”

One advantage to this approach could be standardisation across the country of larger vehicles used by government agencies.

Smaller vehicles, says Mr Wright, present less of a problem, with Holden Cruise manufactured in Thailand (its birthplace) and Camry made in five different countries.

Mr Wright says there has been ‘a significant shift’ towards small vehicles over the past five or six years.

“Some larger cars have been replaced by small SUV’s, like Rav 4 or the Hyundai IX35. They are comfortable for passengers in the car, they can still carry stuff in the back but they are still only four cylinder.

“The largest segment is small cars: Ford Focus, Holden Cruise and Hyundai I30s. It’s growing and it is not going down.”

Diesel vehicles are also popular because of the desire for fuel efficiency and greenhouse gas reduction.

Mr Wright says government departments are constantly under pressure to reduce their fleets but despite this, some have redesigned the way they provide services to save money, which may involve buying an extra vehicle.

“Things like home nursing. It makes more sense economically to drive out and visit ten patients, rather than have ten patients visiting a hospital.”

It is not just procurement where fleet managers have to be canny. Managing a fleet efficiently is also critical, for example through pool cars.

“A vehicle could be used by five or six people per day. You might share cars across different agencies, where they are co-located,” Mr Wright says.

“It tells you if you have got the right number and type of vehicle in the pool, if a particular type is constantly being used and which aren’t,” he says.

“We have 140 standard reports in the system, from how many vehicles are due for replacement to fuel usage and the vehicle’s financials so you can test the cost of ownership.”

Local councils and their fleets

To get a local council perspective, Government News spoke to Shane Grimstone, Fleet Contract and Relationship Manager for Local Buy, a Queensland organisation that combines the purchasing power of Queensland’s councils to enabling councils to avoid multiple quotes or arduous tendering.

“We put contracts together but each council has to have its own procurement policy,” says Mr Grimstone.

“We have a solicitor on staff at all times to set things up from a legal perspective. It cuts out the rigmarole (for councils), they just give quotes out,” he says.

Local Buy has a list of suppliers that it deals with, suppliers that have each been vetted before approval by three or four council fleet managers, who judge them on a range of criteria.

Around three-quarters of the requests from councils that Local Buy deals with are for light vehicles and commercial ute-type vehicles.

Mr Grimstone says 95 per cent of councils insist upon their vehicles having an ANCAP five star safety rating.

“Safety is obviously one of the primary objectives and they’re also interested in fuel efficiency and CO2 exhaust ratings and then price, obviously,” Mr Grimstone says.

In a sign that cuts are starting to bite in fleet procurement, councils are reducing their fleets where they can or delaying replacing existing vehicles.

“They do a lot of dry and wet hire. When there’s a lot of work on they will bring in contractors to do some work,” Mr Rose says.

Councils are also starting to look at electric vehicles but problems with the lack of places to charge them and the initial cost of buying them have both been stumbling blocks.

Another trend Mr Rose says he has noticed is councils using more sophisticated systems, like GPS tracking and devices that can monitor engine performance to improve the information governments have on their fleet and their drivers.