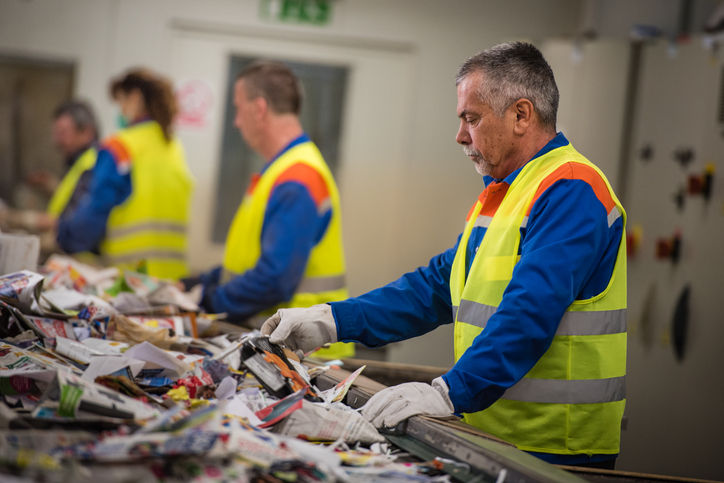 An MAV waste plan calls for concerted action by all levels of government.

Victorian councils are urging the state to reinvest more than $500 million from the landfill levy to boost investment in the creation of a circular economy amidst concerns over the vulnerability of the state’s onshore waste facilities.

The state’s local government peak on Thursday launched a call for coordinated local, state and federal action, asking the Victorian Government to boost investment in recycling efforts, improve regulation of the industry and crack down on the $12.9 million tonnes of waste generated by Victorians each year.

The more than $500 million in revenue from the landfill levy should be used to bolster onshore recycling efforts and introduce a container deposit scheme, the Municipal Association of Victoria (MAV) argued in its Rescue Our Recycling Action Plan.

The call comes after a key recycling facility in Melbourne was last month shut down by the environmental watchdog causing a massive landfill backlog across the state’s councils as they continue to confront the impacts of China’s 2017 clampdown on offshore waste.

The plan calls for five-fold concerted action by all levels of government, at the federal level calling for the introduction of mandatory product stewardship schemes, mandatory participation across the consumer packaging chain, a national action plan for the National Waste Policy, the regulation of hard-to-recycle materials and the roll-out of Australasian Recycling Labels.

The peak has also called on local governments to investigate options to collaboratively procure kerbside recycling services, educate the community around waste generation and contamination, buy recycled materials, explore stream separation and advocate to the federal and state government to achieve reforms.

President of MAV, Cr Coral Ross, said the state’s recycling system is “broken” and in urgent need of strong leadership.

“While China’s National Sword policy exposed the vulnerability of our recycling industry, the current crisis is primarily due to Australia’s unsustainable levels of waste generation and market failure,” she said.

“There are no quick fix solutions. However it’s clear urgent action is needed by all levels of government together with the Waste and Resource Recovery Boards, industry, business and individual consumers.”

“Each partner has a clear role to play. We need to prioritise actions that will reduce the amount of waste generated, strengthen our capacity for onshore processing and create new markets for recycled material.”