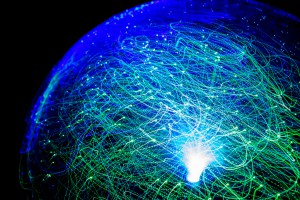 Communications Minister Malcolm Turnbull has warned federal and state public sector agencies that they need to urgently accelerate their level of digital innovation and service delivery to the public or risk being involuntarily left behind by external forces beyond their control.

In a passionate official launch of the federal government’s new Digital Transformation Office in Sydney on Friday, the Communications Minister laid-out his plan for pulling hundreds of government entities up to the same ‘agile’ online and mobile transactional standards as the banking and travel industries by 2017 by reforming public service culture.

It’s a tall order, not least because the Abbott government has very publicly committed to having almost all of its public facing interactions, especially transactions, digitised and available online by 2017 as its core e-government policy across agencies.

However Mr Turnbull’s latest pitch is certain to unsettle the nerves of many senior public service executives and managers.

The imperative as outlined by Communications Minister and the DTO is an insistence that APS chiefs throw away the established technology playbook that has traditionally looked to internal, heavily demarcated department IT resources that have been largely focused on back-end systems rather than what the public sees.

Instead quickly conceived and rapidly prototyped projects that automate or streamline existing public interactions, preferably online, should be pursued to make government more flexible and responsive with ‘customer centricity’ put at the core of new developments.

That imperative should come in addition to, rather than substitute for, existing tech activity.

On Friday Mr Turn bull made it clear he wasn’t about to start encroaching onto the turf of departmental enterprise systems – where individual agencies or the powerful Department of Finance set the rules — but was equally emphatic that public facing systems, tools and apps had to start being innovated immediately.

He also confirmed, as was widely anticipated, that while the new DTO will not carry coercive or compulsive powers that can force agencies to act (like Finance does) strong cooperation with the DTO was still a core policy expectation across government.

The message for not just the public service, but also industry that supplies it, is that things need to start changing and changing immediately.

“There has never been a time that is more disruptive, subversive, more exciting than we have at the moment,” Mr Turnbull said. “The pace of change is unprecedented and it is all driven by digital technology.”

He said that big organisations in general, including government, had been too inwardly focussed adding that commercial competitive business were now realising that they needed to start asking how to better service their customers

“If you don’t meet the customer’s needs you’re going to be out of business,” Mr Turnbull said.

A big part of Mr Turnbull’s challenge is that customers of government agencies like Tax, Immigration and Centrelink can’t really shop around giving them a captive audience that has to take what it’s given — hardly an imperative for change.

That so-called ‘dead hand’ and siloed approach, where agencies often develop the same kinds of systems and capabilities differently many times over, is now what is clearly under fire.

To address the kind of intergovernmental ambivalence that sometimes confronted the Australian Government Information Management Office Mr Turnbull and the DTO’s approach seems to be a heavy amount of charm baited with the potential for innovative managers to be publicly recognised matched with the tacit threat of embarrassment for those who drag their heels.

It is understood that the DTO’s small number of staff will be almost entirely recruited, at least initially, from within the public sector with sources close to the project saying the calibre of talent and passion for productive reform was already in government was too often underestimated.

A further incentive for senior public servants to back the DTO is that unlike tech functions at the Department of Finance, the Communications portfolio can develop and set down policy as opposed to merely having to apply it.

Mr Turnbull also took an unashamed swipe at the often risk averse culture of agencies which could create the long term expense of impeding strategic progress for the short term saving of avoiding even minor failures in the pursuit of change.

The Communications Minister openly attacked the idea of hedging against future disruptions and uncertainty rather than seeking new opportunities to exploit from it.

“I hate the term future proofing, because it suggests the future is something we’ve got to protect ourselves against, [so we] build a big breakwater or a great wall,” Mr Turnbull said.

“What we should be doing is embracing the future. Recognise that there is unpredictability.”

“We want to break down all the inertia that comes from empire building,” Mr Turnbull said.

Not all empires may feel his passion for change.

A key philosophical and policy stance that underpins the DTO is that of open government and open data where publicly held information assets are made available essentially for free to external developers to play with to create new solutions that they can either market back to government or the public.

The pin-up example is the clutch of public transport apps like TripView that give passengers train, bus, tram and ferry times on smartphones that have been credited with increasing not just with traveller satisfaction, but boosting public transport patronage as well.

However Mr Turnbull has also conceded that there are hold-out agencies that now derive substantial revenue by selling their data assets to industry and the public and would have to take a financial hit if they opened-up access to data for free.

One of those is the Australian Securities and Investment Commission that charges substantial and unpopular fees to access its holdings of corporate financial documents that largely put it beyond the reach of small developers looking to build new applications.

Although Mr Turnbull has previously remonstrated over the shackles ASIC’s fees place on creating new applications, there is far less clarity on how such income streams might be replaced or compensated for.

Mr Turnbull’s own department is also acutely aware of the nuances, complexities and challenges the open data agenda brings with it.

At the Locate15 geospatial conference in Brisbane in March, Department of Communications Secretary, Drew Clarke, acknowledged although government data could be made available for free as an asset, its creation usually incurred a cost that organisations had for some time either wholly or partly tried to recover.

Against that backdrop the challenge government organisations increasingly face how to quantify and demonstrate with hard numbers the value that opening up data assets creates within industry, in the economy at large and through innovation.

On Friday Mr Turnbull was explicit about his desire to push a change in thinking among agencies that broke from finding ways of why things couldn’t be done.

“The question is how do you make volatility your friend as opposed to your enemy?”