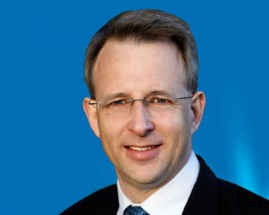 Government departments are constantly being renamed. Often this is a substitute for action, but it also often reveals priorities.

If the latter is the case, Prime Minister Malcolm Turnbull’s appointment of Paul Fletcher as Minister for Territories, Local Government and Major Projects is good news for Australia’s local government authorities.

Mr Fletcher was formerly Parliamentary Secretary for Communications, which meant he was Malcolm Turnbull’s deputy. He is a former Optus executive, and it was assumed by many he would become Minister of Communications if Mr Turnbull moved on.

But Mr Fletcher did not distinguish himself in the role, and Mr Turnbull’s replacement is his strong supporter Senator Mitch Fifield, who also inherits the Arts portfolio from Senator George Brandis (who remains Attorney-General).

Mr Fletcher’s maiden speech was full of praise for ‘Liberal values’ and the evils of big government. Like Tony Abbott and Julia Gillard, he was born in the United Kingdom and came to Australia as a child. He was a Fulbright Scholar and is a former corporate lawyer, with Mallesons Stephen Jaques. He was chief of staff for former Communications Minister Richard Alston, now Liberal Party Federal President.

Fletcher was Director of Corporate and Regulatory Affairs at Optus for eight years before entering Parliament in former Opposition Leader Brendan Nelson’s northern Sydney seat of Bradfield at the 2009 election. He is 50 years old.

The words ‘local government’ were not contained in any portfolio in the Abbott government. For two years Australia did not have a Minister for Local Government. Federal responsibility for local government was included in the Deputy Prime Minister Warren Truss’s Infrastructure and Regional Development portfolio.

Local government has never in recent years had its own Commonwealth Department. The last time the words were included in the name of a department was in the Department of Regional Australia, Local Government, Arts and Sport (DARALGAS), which lasted from 2011 until the election of the Abbott government in September 2013.

The president of the Australian Local Government Association (ALGA), Joondalup Mayor Troy Pickard, said that he looks forward to a strong relationship with the Federal Government and the new department.

“Malcolm Turnbull said we are living in a time of great opportunities and challenges economically. It has never been more important to have a strong partnership between the Commonwealth and local government, a partnership that can coordinate economic and employment growth policies at the local level to strengthen the Australian economy and deliver positive outcomes for our communities,” Mr Pickard said.

“Local government is strategically placed to assist in the implementation of policies and programs on a region-by-region basis to drive growth and opportunity at the regional level and increase economic growth on a national level.