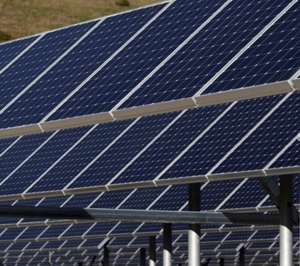 Townsville is one of seven cities in the Australian Government’s $94 million Solar Cities program.

The project is delivered by a consortium led by Ergon, with Townsville City Council, Honeycomb Property Group, Delfin Lend Lease and Cafalo Pty Ltd.
“When I was here in 2008 I know the community was looking forward to putting energy-saving ideas into practice, reducing their electricity bills and helping the environment,” Garrett said.
“Anticipation has been turned into reality, with so many achievements in the first year alone – 1445 Smart Meters and around 70 photovoltaic systems generating 160 kilowatts of electricity are in place, while hundreds of residents and businesses have received free energy assessments.”

The Solar Cities program was developed by the Australian Government to bring industry, business, governments and communities together to rethink the way they produce, use and save energy.

One of the aims of the Solar Cities program is to gather information and energy use data about barriers to solar and energy efficient technology uptake.

Garrett said it was encouraging to see Ergon was already applying the lessons learnt from Townsville to other programs.

“The lessons learned are being used in two Ergon programs: the Energy Savers project, which focuses on measures for Mount Isa and Northern Mackay residents, and the Isolated Communities Energy Savings Pilot for remote communities in Cape York, Thursday Island and Horn Island.

“Everyone involved in Townsville Solar City should be congratulated on their hard work, enthusiasm and ongoing commitment to a cleaner, healthier, low-carbon climate.”