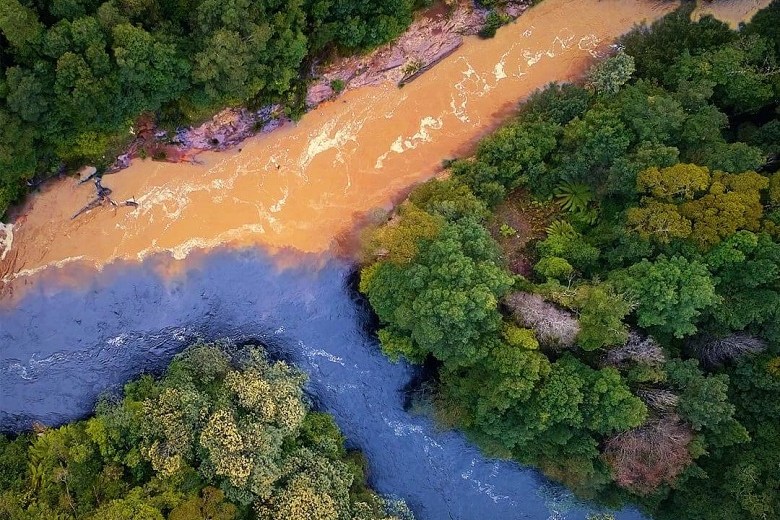 A small Tasmanian town’s celebration of its unorthodox beginnings has boosted the local economy.

Affectionately known as Tasmania’s “wild west” after decades of mining left its scar on the region’s mountainous landscape, Queenstown has, for the past five years, been celebrating its paradoxical existence through the Unconformity Festival.

Held every two years, over three days in October, the festival showcases site-specific installations, events and performances and attracts almost 4,000 visitors to the town of just 1,800.

Running through the town is a 13-kilometre river tainted rust orange from 80 years of copper mining pollution, which has come to encapsulate the unique history of the region.

The intersection of the river’s sullied water with a clean-running stream represents the paradox that the festival seeks to encapsulate, says festival director Travis Tiddy.

Mr Tiddy is among those who will be presenting at the upcoming Place Branding Australia conference, hosted by Government News, which brings together government and industry leaders to discuss place branding.

“The Unconformity, in many ways, represents the paradoxical forces of Queenstown, a town which exists within a world heritage wilderness and yet is treeless,” Mr Tiddy told Government News.

“There’s the outrage many visitors feel when they reach Queenstown yet the fondness local people have of that landscape.”

Confronted with fluctuating commodity prices, Queenstown in 2014 launched the festival in a bid to revive itself while channelling some of the energy from the launch of MONA in Hobart into the west coast.

With remarkably low house prices, Mr Tiddy says that “the conditions were right” to attract visitation and even relocation.

From local walking tours to an abandoned limestone quarry transformed into a singing bowl by sound artists, 95 per cent of the program is new works and commissions, all of which reflect the town’s distinct identity.

The festival gives local business a welcome lift in quiet months and enables the community to take control of its future, providing a cushion against the “vagaries” of industry, Mr Tiddy says.

“The really obvious tangible impacts are the economic boost it provides in creating a moment of the year where cafes and hospitality get significant trade,” he said.

The festival has also challenged the region’s image, Mr Tiddy says, with eight out of 10 attendees reporting their perceptions were changed.

Nine out of 10 said they intended to return, and some even decided to relocate to the area, he said.

“I realised the power of this approach with our 2014 festival where we saw a middle-aged couple who attended most of our events move to Queenstown a few months later because of that experience,” he said.

The festival also paved the way for the council to redefine itself, allowing authorities to expand by employing community development officers and other personnel to tap into the “awakening of cultural and artistic opportunities,” Mr Tiddy said.

Local events like festivals are a prime opportunity to promote places, Mr Tiddy says, as they allow place makers to redefine spaces by creating a “hyper-real” representation of the place and what it means to be there, live and work there.

“Festivals in particular offer a chance to utilise an influx of people and an ephemeral program as a platform to road test new ideas and ways of speaking, and it doesn’t matter if they fail,” he said.

“Every town has those cultural nuggets or layers of history that are unique and singular to that place,” he said.

One thought on “Town turns its fortunes around with festival”