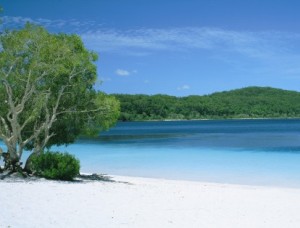 The Jackson Report into Australia’s future tourism strategy found that 3.6 million international arrivals could be lost by 2030.

The Australian tourism industry needs to examine problems with its supply side – such as infrastructure and travel attractions and products – and deliver a superior tourism offering or it will not progress.

This was the harsh message delivered to the industry last week from Federal Minister for Tourism, Martin Ferguson.
“The time has come for the tourism industry to actually get serious about itself,” Ferguson said at an industry breakfast in Brisbane on Friday.
“My view is that in terms of coming to terms with our future, it is the responsibility of government to attend to our long-term commitment on the marketing side both internationally and domestically,” he said.
“But in doing so we need to accept that we have some major supply-side problems. Unless we attend to them, all the marketing in the world will not produce results because we will let ourselves down by supplying an inferior product which undermines all our marketing efforts.”
Since the release last month of a national long-term tourism strategy, the Jackson Report, produced by the National Tourism Strategy Steering Committee and led by former Qantas chair Margaret Jackson, Ferguson has been busy responding to the findings, which warned the industry could lose up to 3.6 million international arrivals by 2030.
The Rudd Government is considering its response to the ten major recommendations provided in the report.

They include the development of a high-powered national research capability focused on tourism industry development; establishing a comprehensive national tourism scorecard with targets and key performance indicators; and establishing a federal ministerial taskforce to periodically review tourism issues and opportunities.

“We need to position ourselves for the global upturn and when I look across my portfolio there are going to be some significant investments made in the foreseeable future which are going to create a demand for tourism,” Ferguson said.

But there were no easy answers to the problem, according to the Minister.

“We will do our best to simply put in place a plan over a couple of years, step by step, to establish the challenges, but more importantly trying to work out what the solutions are. If you try and do it all at once you fail.”

He said some challenges would require a sustained effort.

“For the first time since the Second World War the World Tourism Organization is predicting a decline in global tourism,” he said.

“It is tough enough for us as a nation given the tyranny of distance to keep and maintain strong market presence and now we have to continue to hold our own.”