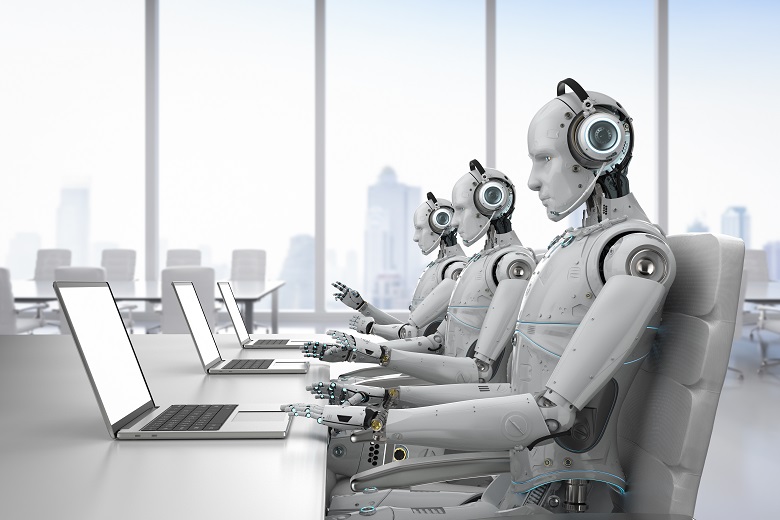 British work and technology expert Professor Leslie Willcox envisages a day, perhaps as soon as the next ten years, where task automation will be embedded in platforms throughout the Australian public sector.

The system, known as Robotic Process Automation (RPA), configures data and writes rules for the execution of certain tasks in order to automate repetitive office work done by humans.

Proponents of the technology, like Professor Willcox, point to its potential to produce higher efficiencies, improve customer service and even a boost employee morale by freeing them from mundane work.

Speaking to Government News during a recent visit to Australia, Professor Willcox said RPA can be used anywhere and for everything, and holds huge potential for government departments and agencies.

“You’re only limited by imagination,” he said.

But there are also concerns that without human oversight, machine decision-making can disadvantage individuals, as the recent “robo-debt” debacle highlighted.

Professor Willcox, a professor of work, technology and globalisation at the London School of Economics, explains that automation has been around for a long time, emerging on the scene rebadged as RPA in 2012.

The technology remained relatively low profile until people ran out of levers to deal with increasing work pressure, volume and intensity, Professor Wilcox says. Then, some three years ago people revisited the technology and said, ‘this works’, he says.

Initially the technology was primarily  used to patch legacy processes and systems, but it didn’t take long for people to realise its potential as a robust and flexible platform in its own right.

RPA is currently in an embryonic stage in Australia, representing a relatively small software market worth. However it is subject to exponential growth and is expected to hit $24.6 billion by 2024, Professor Willcox says.

According to date from Gartner, the market is growing at a ‘frenzied pace” with some vendors experiencing triple-digit revenue growth rates in 2018.

Worldwide, the market grew 63 per cent in 2018, making it the fastest growing segment of the global enterprise market and putting it on track to hit $US1.3 billion this year.

RPA around the world

During a recent presentation in Sydney Professor Willcox outlined how the British public sector is applying RPA “very forcefully and successfully” in local councils and the National Health Service, driven by budgetary pressure, skills shortages, and a need to upgrade inefficient processes and speed up responsiveness to customers.

“It’s another lever to pull and it’s a very powerful one,” he said.

For example, the East Sussex National Health Foundation Trust has been using automation to address “pain points” including medical referrals and rescheduling of appointments. The move has paid off, Professor Willcox says. The service has managed to reduce referral times from 25 minutes to five and save 22,000 pounds, or almost $AU40,000 a year.

In the US, the Department of Homeland Security and Immigration uses a computer-generated assistant, ‘Emma’ to provide responses to questions and direct users to further information.

Australia has started to introduce RPA in finance, defence and the tax office. The Department of Human services this year launched a virtual assistant, “Roxy”, to process queries while the ATO uses a chatbot assistant called “Alex” in customer service, as discussed in a recent report from the Australian Council of Learned Academies.

The technology can also be used by governments in fraud detection, traffic management and in optimising public spaces.

However Professor Willcox says Australia needs it has to step up its ability to deploy the technology and the  the biggest challenge for the public sector remains stakeholder buy-up, he says.

“They’ll be very good at designing the governance, because that’s what they do,” he said of public agencies. “But moving from policy to execution is one of the biggest issues. To use private sector phraseology, you need the businesss sponsor, business champion, project champion, subject matter experts. If they’re not all there and they’re not providing the resource, guiding the project, protecting it, then you just don’t get it beyond tactical.”

There also needs to be a shift away from the often entrenched silo mentality of government departments, which is incompatible with effective RPA.

“Automation and technology hates silos and if you’ve siloed in structure, managerial mindset, process, technology, data, culture, that’s a big battle to fight so the downside is it needs a lot of change management,” he said.

While Professor Wilcox believes fears of automation-related job losses are overblown, he says there will be issues and challenges around skill shifting.

In its optimum application, automation will make greater use of human strengths while leaving the robotic work to machines. To use it simply as a blunt tool for “headcount reductions” is failing to take advantage of the huge potential the technology holds, Professor Wilcox says.

Professor Willcox praised moves by the federal government to embrace digital innovation like RPA through its digital transformation strategy, but acknowledged the public trust in the system remains an issue.

That trust was severely shaken after the Centrelink’s robo-debt disaster, when the government’s high-profile bungled attempt at automated welfare debt recovery resulted in welfare recipients receiving demands for non-existent debts or amount far in excess of what they really owed.

That’s why other experts, like Anna Huggins from the QUT faculty of law, believes automation is not appropriate for high stakes government decisions that affect individual rights and interests.

“This includes, for example, decisions about whether an individual is eligible for benefits granted by law, welfare and tax debts, admission to a country, and access to employment and educational opportunities,” she told Government News.

The EU prohibits certain types of decision from being solely automated and creates rights for people affected by automated decision making, and Dr Huggins would like to see similar controls in Australia.

“The legislative controls on data protection and automated decision-making included in the EU’s General Data Protection Regulation (GDPR) are an example of best practice,” she says.

One article in prohibits solely automated processing for decisions that produce legal or other significant effects for individuals.

“To avoid this prohibition, automated decisions require meaningful human involvement. If Australia had (similar) protections, human review would be needed before high stakes government decisions based on automated processing were made,” she says.

*Professor Willcox was a guest of Blue Prism