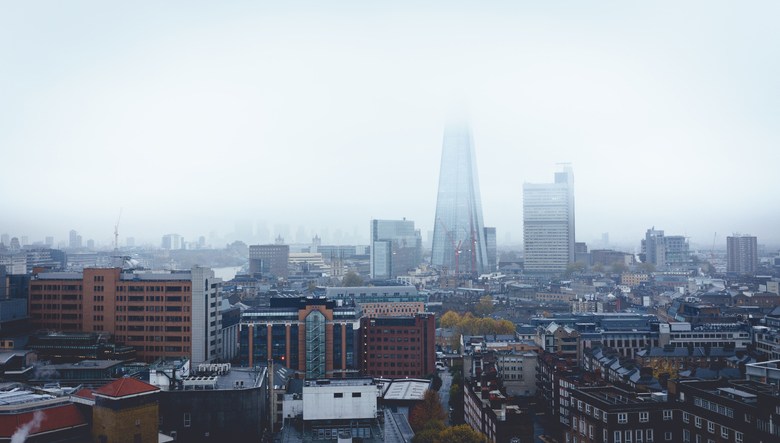 London has been trying to tackle its air pollution crisis for years with a suite of polices, from green infrastructure to low emission bus zones. Its latest offensive involves the installation of an army of pollution-measuring pods across the city.

Home to almost 9 million people, London is among the world’s most polluted cities, with two million people currently living with illegal levels and the city in 2018 breaching annual pollution limits just a month into the new year.

A health assessment released last month found over 4,000 Londoners were hospitalised between 2014-2016 because of harmful air pollution, an average of around 1,000 London hospital admissions for asthma and serious lung conditions every year.

London Mayor Sadiq Khan last year launched more than 100 pollution pods across the city in some of the worst-affected areas of the city near public services like schools, nurseries and hospitals.

The pods, which display a pink sticker with a lung symbol, are used as prompts to help encourage the local community to lower emissions-intensive activities like driving.

They will remain in place until July, during which time they will monitor pollution collect data which will be used in assessing mitigation measures, including the city’s electric bus fleet.

The Breathe London project, funded by the Greater London Authority, has also been using the pods as part of an initiative aimed at leveraging technology to reduce local exposure to air pollution.

Jim Mills, Managing Director of UK Air Monitors, which supplies the pods, told Government News they have had a huge impact on community behaviour, encouraging locals to embrace less emissions-intensive activities and even lowering them in certain areas.

“We’ve seen kids act as ambassadors for the cause. Recently we sponsored the printing of posters designed by school children reminding locals to switch off their engine near school gates. That’s had an enormous effect on the community. Those at elderly care homes who are particularly exposed have also been incredibly supportive,” he said.

The pods have also been used to measure the success of a recent program introduced by the Mayor which saw roads near schools in high pollution areas closed off for 45 minutes in the morning and afternoon.

“Whether or not we’re under the limit is not the point. Air pollution is dangerous at any concentration and if you look at the World Health Organisation’s advice we really should be sticking to reduced pollution year on year on year. ”

The pods act as a prompt for the community to visualise the dangerous impacts of air pollution, a usually “invisible” threat, he says.

“By putting monitoring where it’s relevant to people we are presenting people with the information in a timely and transparent manner which makes them more likely to make a decision perhaps to walk or cycle or drop kids using a walking bus to school rather than car. It’s that kind of behavioural change we’re trying to support,” Mr Mills said.

With the WHO estimating that air pollution kills an estimated 7 million people worldwide every year, and with nine out of ten people breathing air containing high levels of pollutants, government action is essential, Mr Mills says.

“I feel that it is important for governments to encourage behavioural change in relation to active travel and public transit rather than reliance on cars in our cities. A move towards cleaner vehicles for essential car journeys and a range of incentives to encourage that change. The benefits will be improved health outcomes especially amongst the young and vulnerable population which can lead to cost savings within the public health system.”

The pods can also help to drive public acceptance of broader pollution reducing measures, such as congestion charges, by demonstrating the visceral impact of pollution at a local level, where most exposure takes place.

“Our experience is that if people understand the damage that local air pollution can have on their direct community and loved ones then they are more accepting of behaviour changes that will lead to improved air quality for everyone,” he said.