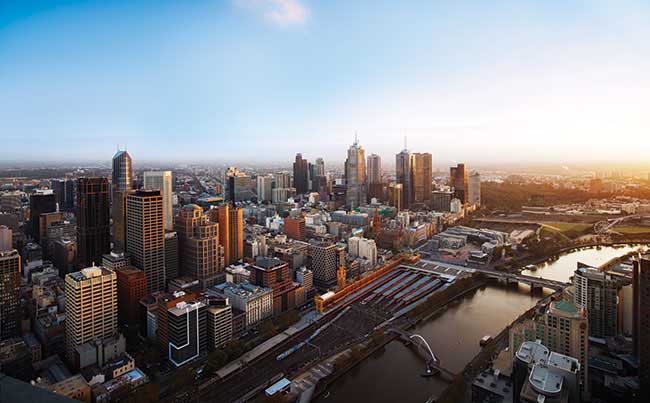 Local governments and city councils must work closer with scientists and innovators to tackle the impacts of climate change in major cities, an Australian expert says.

“Well-intended local actions can displace issues to other sectors or into the future. One city’s crack-down on energy-intensive production might shift the problem to less-regulated regions, with no net effect on global emissions,” she said.

Professor Bai and other international urban experts have identified six priorities for cities and climate change in an article published in the journal Nature.

It comes ahead of an international conference in Canada this week bringing together 700 government officials, policy makers and researchers from 80 countries to tackle the issue.

Professor Bai and her colleagues have called for the greater use of data, emerging and disruptive technologies and innovations, and a better understanding of complex city environments and how they’re affected by climate change.

They pointed to Victoria where the City of Melbourne is trialling permeable bluestone pavements to allow rainwater to soak down rather than run off, thereby potentially improving soil moisture and watering adjacent trees.

Professor Bai said there needed to be a better understanding of the interactions between cities and climate.

City authorities need to extend the quantity and types of urban data collected, Professor Bai and her colleagues argued.

They highlighted the United Kingdom where Newcastle University has been collecting one million measurements a day from sensors across the city, which are made available online in real time.

“These range from transport emissions, precipitation, water flows and air qualities to biodiversity measures such as beehive weight. The city council and the transport, energy, environmental and water sectors are using the data. Similar observatories are being developed in Sheffield and Bristol.”

They pointed to Lisbon where studies have shown that a fleet of shared taxis could maintain residents’ mobility levels using only three per cent of the current number of vehicles.

Elsewhere, they argued that affordable materials and technologies that can reduce the carbon intensity of infrastructure should be developed and commercialised. They said:

“Cement can be engineered to absorb more CO2. Cement production is the third-largest human-made source of emissions after fossil-fuel burning and land-use change, contributing around 5.6 per cent of global fossil-fuel and industry-related CO2 emissions. ‘Carbon-neutral’ timber and bamboo have been used to build lightweight skyscrapers. These materials need to be sustainably produced at low cost.”

They added that vegetation corridors, green parks, reed beds and low-lying areas that soak up water can be woven into the built environment to reduce flood and heat risks, while improving biodiversity and carbon storage.

If you have a news story or tip-off, get in touch at info@www.governmentnews.com.au.