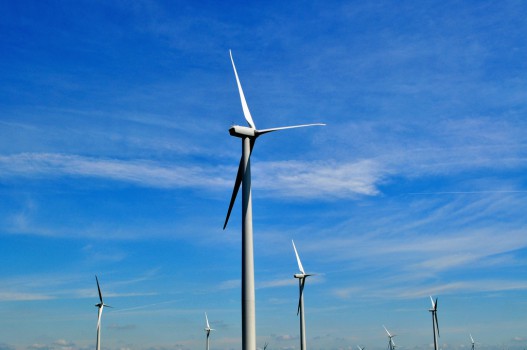 Tasmanian Premier Lara Giddings has backed a move to build the largest wind farm in the southern hemisphere on King Island at a cost of $2 billion.

Ms Giddings expects the project to provide “enormous benefits” to the Tasmanian economy, which has struggled due to a two speed economy, according to the October 2012 CommSec State of the States report.

The state government’s clean energy business Hydro Tasmania is developing the project called TasWind, which is planned to be a 200-turbine wind farm that will produce 2400 gigawatt hours (GWh).

The facility will sell power into the Victorian electricity grid that will be fed in via an underwater cable across Bass Strait. This connection will be the first step to establish a second Basslink cable between Victoria and Tasmania.

The proposed wind farm is expected to generate enough energy to power 240,000 homes and generate an estimated $220 million a year in revenue to the state government.

The Tasmanian Government estimates the project will create 500 construction jobs.

In addition, the TasWind project is likely to require significant upgrading of King Island’s road and port infrastructure, according to Ms Giddings.

She said this will create more jobs and “be the catalyst for growth of existing and new industries”.

Deputy Premier Bryan Green said the project will have considerable benefits for the island in terms of jobs and infrastructure development.

“We want to ensure the community is fully informed,” Mr Green said.

He said Hydro Tasmania has developed wind farms in the far North West and the $400 million Musselroe project being constructed in the North-East.

“The work Hydro has done so far indicates TasWind is broadly feasible from a technical, economic and environmental perspective,” Mr Green said.

According to Mr Green, a decision on whether to proceed to the full feasibility stage would be made by April next year.