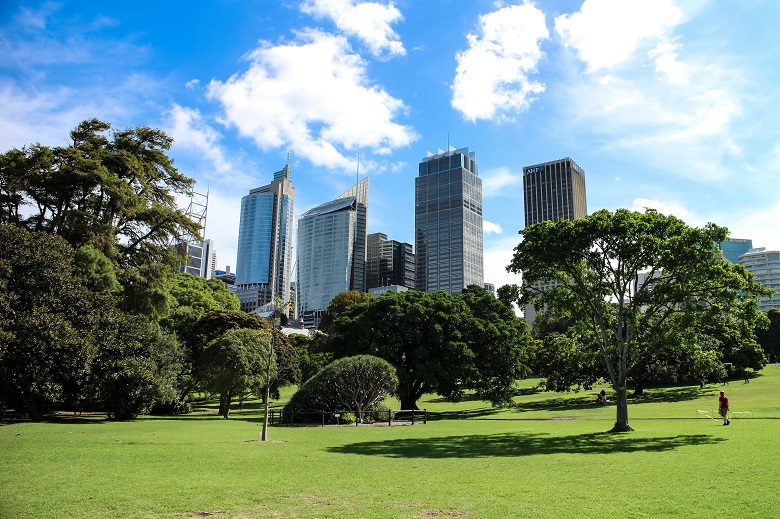 Urban parks are home to a unique variety of bacteria and microbes, some good and some not so good.

A global study has found that urban parks and green spaces are hot spots of activity for bacteria and microbes, some of which are showing signs of antibiotic resistance.

Some of the microbes are beneficial and can play a role in regulating the immune system, reducing allergies, sucking up greenhouse gases and regulating pollution, the study published in Science Advances found.

Others are not so friendly and include human pathogens linked to diseases like listeria and diptheria.

In the first global assessment of microbe communities in parks, researchers took soil samples from various types of green spaces in 56 cities from 17 countries including the University of Queensland Campus in Brisbane, parklands in Alice Springs and Mildura, Olympic Park in Beijing, Retiro Park in Madrid and the park around Uppsala Castle in Sweden.

Effect of urbanisation on bacteria

It found microbes occuring in urban parklands share many characteristics around the world, suggesting that urbanisation is having a homogenising effect on them, in the same that urban bird and butterfly communities have become homogenised.

For example, microbes in urban green spaces tend to be faster growing than those found in natural environments and to be associated with human diseases, greenhouse emissions and antiobiotic resistance.

“Some soil microbial taxa harbour antibiotic resistance genes and could potentially influence the health of people and animals.”

Global homogenization of the structure and function in the soil microbiome of urban greenspaces, Science Advances.

“Some soil microbes … can also have substantial negative consequences for the sustainability of urban greenspaces and for animal, human, and plant health,” the study says.

“For instance, some soil microbial taxa harbor antibiotic resistance genes and could potentially influence the health of people and animals by reducing our ability to fight human diseases.”

Researchers believe antibiotic-resistant microbes, which appear to be more common in poorer or developing nations, could be the result of more widespread antibiotic use or the presence of antibiotics in irrigation systems that use sewage water.

One of the study’s co-authors, Professor David Eldridge from the centre for ecosystem science at UNSW, says the research lifts the lid on a relatively unexplored feature of urban parks.

“We know that urban green areas can provide particular goods and services for humans, such as providing shade and a place for enjoyment and for kids to play sport, but no one’s ever really looked at the microbes in the soil,” he told Government News.

“We found first of all that these urban green spaces were really hot spots of activity for bacteria and other microorganisms.”

There are winners and losers in the story, Professor Eldridge says.

“There’s more microbial communities with genes that code for human pathogens and diseases, there are antibiotic resistant microbes and bacteria that produce methane.

Professor Eldridge says urban green spaces are inherently different to natural landscapes for a variety of reasons, including often having had soil brought from other places, and having fairly uniform types of vegetation cover.

The lesson for urban planners is to get a variety of microbes you need various types of green spaces containing diverse plant communities, he says.

“We also need a variety of landscapes such as median strips, parks, and nature reserves.”

The study is part of a series of research looking at the importance of green spaces for ecosystem health.

Moss as a pollution regulator

The next study will examine the importance of mosses in urban green spaces.

Professor Eldridge says researchers found that the soil beneath mosses is concentrated in metal like lead, zinc and magnesium.

“So they have a capacity to drag this out of the atmosphere and sequester it in the soil beneath, which is probably a good thing because it’s helping manage atmospheric pollution,” he said.