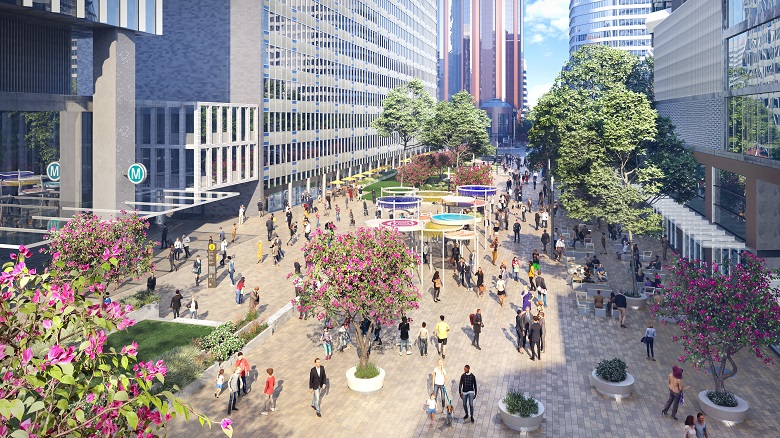 A Sydney council is working on two projects to install temporary shared spaces, including ‘parklets’, to challenge the way its residents view public space.

North Sydney Council has received funding for the projects from the NSW government as part of its Streets as Shared Spaces program.

The program awards grants to councils to install temporary activation projects to support their community during the COVID-19 pandemic and test ideas for permanent installations.

The two categories in the program include quick response demonstration projects and medium-term pilot projects.

North Sydney Council was successful in receiving grants in both categories. Its ‘Street Play’ project received a $40,000 grant from the government.

Council is looking to create parklets in three or five of its streets.

The concept of the parklet – a mobile extension of existing street space designed for public use – was pioneered in San Francisco.

North Sydney will use mobile trailers filled with a variety of games and sporting equipment.

“The parklet enables us to be able to move around more freely,” he told Government News.

“If it’s something that you hook up to a vehicle, it’s much easier for us to then be able to move it from street to street at different times of the day.”

Council has flagged 15 potential streets for the project and has sent letters to residents living in the streets to gauge their interest and ask for input.

Their responses will help determine the time of day the parklet is active on their streets and the contents of the parklet.

The pandemic has made residents more conscious of maintaining a certain distance from others.

“When you see a seat in a park, sometimes it was not uncommon for two or three people to occupy a seat while they watched the kids play, but now it’s one or no one wants to sit on the seat,” Mr Mitchell said.

“This enables people more space. If they think their local playground or play equipment is too busy, this could fill that gap.”

Families can find comfort in knowing that it will be their kids and family using the equipment, he said.

However, Council believes that changing people’s mindsets about roads may be a challenge.

“Kids are always encouraged to not play on the road or the street,” Mr Mitchell said.

“We’re encouraging them to do that now with Street Play, so that will be the challenge, that mindset, the psychological barrier saying that it’s actually okay to come and play on the road.”

It is still in its early stages, with Council still working out the finer details, but the plan is to close a number of streets in Kirribilli, with Miller Street being the biggest street.

A series of events will run on the streets to encourage workers to leave their offices and step into a space where they feel safe and have enough room for outdoor activities during their lunch break.

“In North Sydney, we’ve only got one plaza. A lot of office workers have to jog down to Bradfield Park or jog up to North Sydney Oval. They’re all quite a distance away, like a kilometre away, from the CBD,” Mr Mitchell said.

Council is hoping the two projects will help inform future decisions regarding permanent improvements to its streets, paths and public spaces.

“All of these, we would really like to see at some stage in the future become more or less permanent to create a much bigger network of open space immediately in and around the North Sydney centre,” Mr Mitchell said.

*In our next newsletter Government News will look at how another Sydney council is using micro rooms to enhance public space.