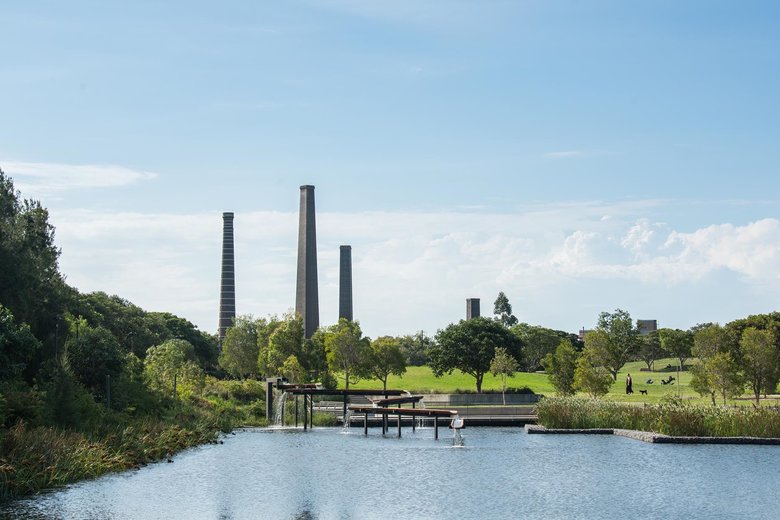 The company behind a project that helped turn a Sydney rubbish tip into a sustainable wetland park brimming with birdlife has taken out an international award.

Turf Design Studio this month won the Architizer A+Award for Architecture and Water for the Sydney Park water re-use project, beating out international projects including a polar exploration resort in Norway to win the top jury award in the category.

The award, announced in New York on August 5, was open to projects related to flood or stormwater mitigation, irrigation, coastal or riverfront projects and projects incorporating rainwater collection and recycling.

The Architecture and Water category, along with other categories recognising sustainaility, was a new addition to the annual awards, which recognise excellence and innovation in architecture around the world.

Over the last 20 years Sydney Park has been transformed from a former industrial and landfill site into 44 hectares of urban parkland.

Originally a brickworks, the park had become a municipal dump in 1948 and was also used for gas manufacture and storage.

The tip was closed in 1978 and turned into a park, and its stormwater ponds were later transformed into a wetland habitat.

Before the water re-use project, which began in 2010, all stormwater from the upstream catchment flowed into Alexandra Canal and Botany Bay untreated.

The project now enhances water circulation via a chain of ponds and wetlands, and features a pollutant trap and extensive bio-retention system.

Funded by City of Sydney and built in partnership with the Commonwealth’s National Urban Water and Desalination Plan, 850 million litres of stormwater are now captured and cleaned, and made available for reuse each year.

Some 30 million litres of harvested water is recycled for irrigation, nursery water supplies and truck washing at the council depot.

The scheme is also intended for use beyond the park, including for nearby industrial sites and future urban redevelopments.

The project is a key component of the City of Sydney’s Sustainable Sydney 2030 initiative, which aims to increase water efficiency and keep potable water consumption at 2006 levels by 2030.

The park’s wetlands are also home to native birds, including 22 wetland species, and it provides space for recreation in a high-density neighbourhood.

He said the project aimed to deliver a dynamic and experiential urban space and demonstrated the benefits that could be delivered via strategies like Sustainable Sydney 2030 and the Greater Sydney Green Grid, a long-term vision for a network of green areas and waterway corridors.