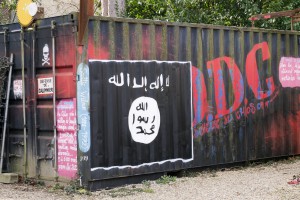 Australia’s national security agencies have received another significant boost in funding in Budget 2015 with $1.2 billion in new funding allocated according to the government’s Budget papers.

The key focus of the new spend will be the prevention of Australians becoming radicalised and joining terrorist organisations like Daesh (ISIL) and disrupting potential new terrorist activity in Australia and overseas before it eventuates into violent actions.

According to the Budget papers the Attorney General’s Department will boost Countering Violent Extremism programmes from around $3 million a year to “more than $40 million” over four years.

Meanwhile, the cost to the taxpayer of forcing telecommunications carriers to maintain metadata has come in at $131 million over three years, a figure the industry is likely to cry poor over.

“Every day ISIL and its supporters create upwards of 100,000 pieces of online propaganda on one social media platform alone,” a statement from Attorney General George Brandis said,

“This new commitment comprises a multifaceted effort to understand, limit access to and undermine the appeal of extremist propaganda. This work, which includes working with communities, industry and international partners, will help counter the significant threat to young Australians from insidious terrorist recruitment propaganda that is spread through social media.”

The heavy emphasis on countering the use of social media by extremists as a cheap and highly effective tool has also been reflected in a $300 million dollar funding boost for the Australian Secret Intelligence Service, which is part of the Department of Foreign Affairs.

The overseas spying and counter intelligence agency will put a good part of the money towards refreshing its technology systems to enhance its effectiveness as its adversaries increasingly reap the benefit of access to cheaper, faster and richer technology.

The Budget papers say an additional $23 million will be provided to relevant agencies including the Attorney General’s Department and Australian Crime Commission “to cover ongoing costs relating to the implementation and oversight of the data retention scheme.”