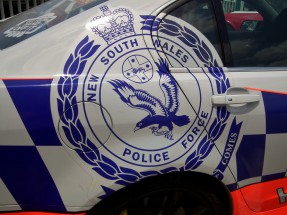 It costs $3.3 billion to run the NSW Police Force for a year. With over 16,000 officers, it is one of the largest police forces in the world (most countries have city or municipal forces).

The Police Force is one of the largest items in the NSW budget. This year it will benefit from an expanded $178 million capital works budget, which will be spent on new police stations and new technology such as tablet computers, mobile fingerprint scanners and drug testing machines, and body-worn video cameras.

Deputy Premier and Minister for Police Troy Grant, a former policeman himself, said the increased expenditure will allow police to prioritise new innovations in crime-fighting equipment based on operational needs.

“These funds will future-proof the NSW Police Force to ensure police have access to the latest and most innovative ways to respond to crime, freeing them up to spend more time on the beat, protecting the community,’’ Mr Grant said.

Also included in the budget is more than $1 billion to support emergency services and “build community resilience.” Fire and Rescue NSW (FRNSW), the NSW Rural Fire Service (RFS) and the NSW State Emergency Service (SES) will receive $1.14 billion in 2015-16.

Minister for Emergency Services David Elliott said FRNSW would receive almost $700 million, plus capital funding including $18.4 million to build and refurbish the state’s fire stations. There will be $17 million to replace FRNSW vehicles and $9.8 million for the RFS to pilot Large Air Tankers to help fight bushfires in remote areas.

There is more than $5.2 million for the RFS to develop a web portal for landowners to access important information about bushfire risk and mitigation, $2 million to develop a fire trail network across the state and $1 million to build four regionally based remote area volunteer training centres.