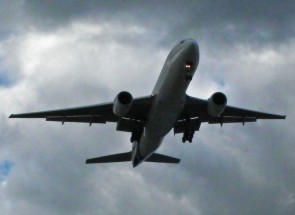 The normally taciturn Australian Public Service Commission this week started conspicuously promoting a small clutch of what it calls “private sector secondments for talented SES” (that’s Senior Executive Service) in an effort to give career bureaucrats a taste of life in the big bad commercial world.

It’s not quite the injection of private sector talent into Canberra that has so often been talked about.

According to the APSC, the project is part of an initiative with the Business Council of Australia (BCA) and will see SES staff placed with BCA members.

The BCA is widely regarded as one of the most influential private industry lobby groups in terms of implanting ideas that eventually turn into policy for the Coalition government, with its former president Tony Shepherd leading the Abbott government’s Commission of Audit that recommended a raft of sell-offs and abolitions to reduce the size and cost of the public service.

A frequent criticism of the public service from the business community is the bureaucracy is too detached and that those in it implementing or developing policies can have little appreciation of how things work in the reality of private industry.

The APSC isn’t exactly walking away from that stereotype in its promotion of the outplacement project.

“The secondments are an opportunity for senior public servants to gain insights into the pressures shaping Australian business,” the APSC says.

“The aim of the program is to ensure that senior executives have a deeper understanding of business operations and challenges. This should strengthen the expertise of officials and the capacity to deliver programs and services more effectively.”

That may be true, but it also betrays another challenge for the public sector that has only got harder over recent years with increased political volatility and truncated terms in power for the mainstream parties.

A major issue that the APS has struggled with over the years is attracting sufficient talent into its ranks from the private sector thanks to a combination of comparatively low pay and an environment where delivering on policies over the medium term has become far more difficult because of the pendulum effect of power changes.

The most recent downsizing and accompanying hiring restrictions on agencies have also made it substantially more difficult for agency heads to entice change agents from the corporate world because the deal on offer is a visible lack of job security coupled with rates of pay will below that in sectors like technology and financial services.

Added to that mix is widespread industrial unease over core APS conditions and pay that have produced strikes at agencies like Border Force where existing employees fear their take home pay is ultimately headed backwards.

One obvious way of addressing that and trying to get new commercial world smarts into the SES is to donate some of their services to the business world, an endeavour likely to be applauded by the recipients of their services.

The APSC reckons that should the business immersion trials prove successful “agencies will be invited to nominate talented SES for the next round of secondments.

“Nominations are expected to open in October [2015]. Secondments will commence in the first quarter of 2016,” the APSC said.