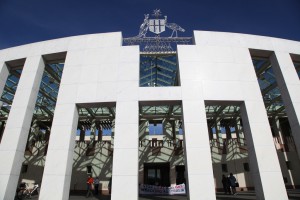 The Abbott government has finally relaxed its widely loathed hiring freeze for the Australian Public Service giving departmental chiefs the all clear to start hiring again, but relief may be short lived as yet another tranche of reviews, clawbacks, sell offs and potential privatisations carve out yet more public sector jobs in pursuit of cost reductions.

Dubbed ‘Functional and Efficiency Reviews’ the Budget papers reveal that probes of the Department of Health and the Department of Education are likely to be just the start of a new push to reduce administration costs in large agencies by weeding out functions that the government no longer sees as core to the primary policy goals of departments.

“These in-depth reviews are the pilots for a rollout of reviews to determine whether the current functions of all departments and large agencies are aligned with the Government’s policy priorities and whether they are working as efficiently as possible, the Budget papers say.

“In 2015-16 further Functional and Efficiency Reviews will be undertaken into the Departments of Agriculture, the Environment, Foreign Affairs and Trade, Treasury, Attorney-General’s and Social Services, as well as the Australian Taxation Office and the Australian Bureau of Statistics.”

The size of the savings the Abbott government says it has extracted so far are not small.

The Department of Education and Training is slated to produce savings of $131 million “by ceasing and redesigning programmes which are not sufficiently consistent with the Government’s core priorities”.

“Further recommendations from the Education and Training review will be considered after the Budget, focused on the administrative costs of the department,” the Budget papers say.

The Department of Health has coughed up $96 million in savings “through efficiencies in contracting, corporate, staff and property costs” that the government says better align its functions with “strategic objectives”.

Public service numbers revealed in the Budget are also telling. More than 17,000 staff have left the Australian Public Service since September 2013, a figure that is likely to have contributed to the widespread resistance to the government’s austerity style pay offer in the present round of enterprise bargaining.

The outsourcing and selling off of government enterprises — more job eating measure –have also remained squarely on the table for next year’s Budget under the guise of “opening government business activities to fair competition”.

Scoping studies have already been commissioned “to assist the Government’s decision-making on retaining or divesting ownership and how key services are best delivered in future” for a swag of agencies, with the Australian Securities and Investment Commission’s registry services first off the rank to go to a competitive tender.

Businesses, stakeholders and potentially and consumers will also soon have to pay for a range of government services via a “User pays where appropriate” clawback that will come in the form of fees being imposed.

The Budget papers say the government is introducing a “charging framework” to “improve consistency in charging for government activities”.

“The framework will lead to additional revenue to support Budget repair and other policy priorities. It will also assist particular agencies to be more responsive to user demand,” the Budget papers say.

The documents say the new system will promote greater fairness by “charging those who create demand for certain government services and other activities, while preserving the Government’s central role of delivering quality public-benefit programmes in ways that do not adversely impact disadvantaged groups.”