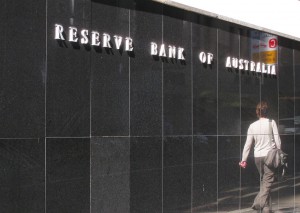 The chief information officer of the Reserve Bank of Australia, Sarv Girn, has issued a rallying call to government and corporate leaders in Australia to show courage in embracing what he calls a “digital mindset” to better deal with the challenge of rapid disruptions to organisational and business models.

Speaking at Committee for Economic Development of Australia (CEDA) forum in Sydney, the Australian central bank’s top technologist used a carefully measured speech to describe what he termed a “two-speed leadership” scenario that not only built on established leadership models but also incorporated new approaches that encouraged a “test and learn approach” for seed projects.

The call from the RBA’s tech chief is certain to arouse interest in corporate and government circles as industry, policymakers and regulators try to keep pace with the onslaught of online business models — both offshore and at home — that have redefined the way people transact across sectors spanning from transport to retail purchases.

Communications Minister Malcolm Turnbull has already mandated a start-up mentality for the new federal governments Digital Transformation Office that is tasked with making 80 per cent of government transactions available online by 2017.

Mr Girn singled out both Uber and Airbnb as examples of the disruption of entire business models that “are being changed or are disappearing within short timeframes, and new models are appearing just as quickly to address unmet consumer needs – often that were not known of before.”

“We have Uber redefining the taxi industry without owning any cars; Airbnb, which has more rooms available to travellers than leading hotel chains and yet does not buy or build hotels,” Mr Girn said.

Like the Australian Taxation Office, the RBA has a strong if not vested interest in how new business models play out locally because of its role in setting the guardrails for the smooth operation of Australia’s payment system.

The historical reticence of Australian banks to work together to develop a more modern domestic payments system that can work both online and overseas has been an innovation sore point with the RBA for years, fuelled by concerns that a ‘network effect’ was limiting innovation to the pace of the slowest participant.

While Mr Girn judiciously avoided any references to payment systems regulation, it is no secret that the RBA has been pushing banks, card schemes and payment system operators to more quickly modernise their offerings to widen choices for consumers and businesses.

One reason the RBA particularly interested in a modernised payments system — apart from the fact it can still take days for otherwise instant electronic transactions to settle — is that the data generated by electronic and online transactions provides a far more timely and telling picture of how the economy is functioning.

Transactional and credit card data, like outstanding credit card balances that attract interest, has for years been used by economists and banks as a reflection of wider consumer confidence, with larger numbers of people lowering their exposure to credit card debt when they are uncertain about future conditions.

Mr Girn reflected that today it took some courage for organisations to take on new ideas and allow them to “grow and prove themselves” or “stop them as a write-off if they do not deliver value.”

Just as challenging was making a leadership call to pursue projects that “have the potential to redefine the business in non-traditional ways.”

“This is not as easy as it may sound,” Mr Girn said.

He described the first of these as “hardwiring” that roped in “policies, regulation and rules that govern a society or organisation and enables it to succeed.”

“In a society or community sense, this is about leadership in laws and rules that encourage start-ups to flourish without inhibitors, and allowing their home presence to be retained as they become successful,” Mr Girn said.

The second dimension was “softwiring” which Mr Girn said “refers to the behaviours and attitudes necessary for dealing with the digital era in a societal or organisational sense.”

“In a society, this is about developing a culture that accepts digital change, which supports budding entrepreneurs to pitch ideas, gain feedback and grow. This requires a mindset change; an acceptance that start-ups may fail and an attitude that it’s okay for them to start over. For many in Silicon Valley, the number of start-ups an individual has been part of is seen as a valuable saleable credential, not a black mark on their ability,” he said.

“This clearly is a new paradigm for leadership which traditionally may see this as a failure.”

Prior to taking on his role at the RBA, Mr Girn held senior technology management positions at both the Commonwealth Bank of Australia and Westpac.