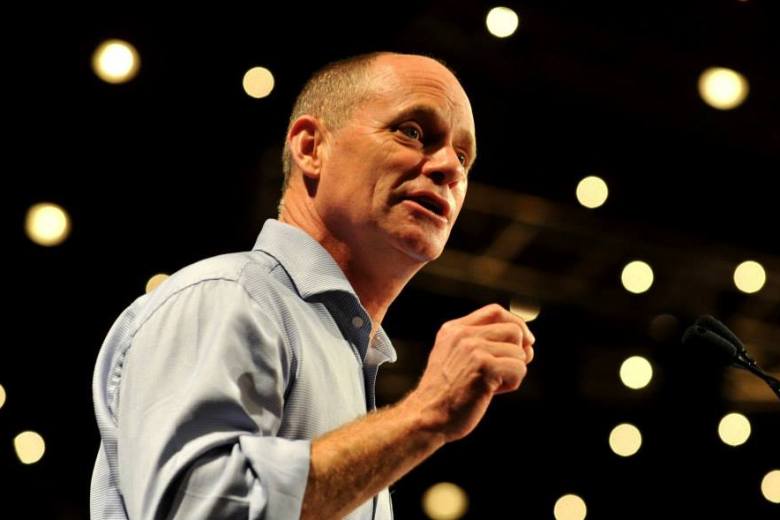 It’s often said that extreme weather events often bring the communities they ravage more tightly together, but Queensland Premier Campbell Newman is extending the range of his state’s quest for resilience after he embarked on a trip to the United States to learn from its scientific experts about how to build better infrastructure that can resist the impact of natural disasters.

In a bid to strengthen Queensland’s ability to cope with the enormous successive floods and floods and cyclones that have been hitting state since 2010, Mr Newman has proceeded on an excursion to meet “some of the world’s leading” geological experts at the California Institute of Technology’s US Geological Survey program.

The Queensland Premier said Queensland will gain “new insights” to reduce the future impacts of flooding, cyclones, tropical storms, fire and drought on communities as a result of the meeting.

Frankly acknowledging that his state is “no stranger to natural disasters”, Mr Newman said recent floods and Cyclone Yasi had shown Queenslanders “first-hand how nature can impact on our lives, our communities and our infrastructure”.

Mr Newman said that the US program has been working on similar initiatives as the Queensland government in coordination of groups, such as police, state emergency services, defence, community leaders and the public.

The push to share expert knowledge, strategy and lessons on coping with disasters across international boundaries come as a growing number of nations and their policymakers look for new and more effective responses to lessen the inevitable impacts on life, property and the economy as an immediate priority for government.

For example the coordinated response to Hurricane Sandy in 2012, which battered and flooded parts of New York, is generally regarded as a major improvement to the problems that beset the response and recovery efforts for Hurricane Katrina that inundated New Orleans in 2005 and were subsequently the source of strong criticism.

With experts readily acknowledging that good ideas can easily be applied across borders, Queensland’s collaborative efforts have seen it work with California’s University of Technology’s Centre for Emergency and Disaster Management, as well as James Cook University’s Centre for Disaster Studies and the Cyclone Testing Station.

“There are great opportunities for Queensland universities to partner with the California Institute of Technology to further this important research,” Mr Newman said.

“This research will lead to a Queensland that is even better prepared for natural disasters.”

However the temptation to engage in some political disaster management can also cross borders. Mr Newman found it hard to resist criticising the previous state Labor government’s “wasteful approach” to preparing for natural disasters by “rebuilding the same infrastructure in the same position to see it wash away in the next flood”.

Councils and infrastructure experts have for years called for better long term hardening of critical assets by spending money on to improve their chances of survival rather than just replacing assets such as bridges like for like.

Some of the innovations now being applied include building bridges and crossings with removable side rails so that debris like trees can wash over them rather than building up and later washing away the bridge altogether.

Queensland isn’t the first jurisdiction to look to the US to learn more about how damage caused by natural disasters can be either minimised or avoided.

The ideas shared between the Australian and American councils were deep and varied, including improvements to water harvesting in Los Angeles; light rail in Portland, Oregon; and the decentralisation of energy in Boulder, Colorado.