Australia Post’s parcel business raked in $189 million profit last year, driven by online shopping and offsetting losses from the continuing decline in letters, but customers claim the service is failing them and that it desperately needs a shake-up.

Australia Post’s Facebook page is a near constant storm of customers complaining about missed or lost parcel deliveries, aggravated by the recent uproar over departing CEO Ahmed Fahour’s $5.6 million pay packet and the company’s parcel profits, which are up by 16 per cent.

Last week, Australia Post posted a profit before tax of $197 million for the six months up to December 31, 2016.

“We are delivering more parcels than ever before, with domestic parcel volumes up 5 per cent in the first half, market share increasing and at the same time we’re trialling new delivery innovations like evening and weekend deliveries to give our customers an even better experience.”

However, some commentators, such as Adam Schwab at Crikey, have pointed out that the company has an obvious advantage over competitors like DHL and Toll because it has the distribution network. AusPost also bought StarTrack (with help from the Australian taxpayer) for about $800 million in 2012. StarTrack makes up a major part of its parcel business.

Australia Post offering evening and weekend deliveries might help address one of the most common gripes from irritated customers: that the postie often fails to ring or knock, opting instead to automatically leave an ‘attempt to deliver’ card.

One customer said: “Maybe your delivery drivers could actually knock on my door to see if I am home instead of just leaving the card so I have to go and collect it myself the next day.

“So, even though I’ve paid for delivery I had to go to the post office the next day to get it. I don’t mind when I’m not home but when I know for a fact I was: that pisses me off.”

Another disappointed customer said: “I had a delivery driver slip the card under my door, open, with me clearly in view.”

One lady got her delivery but was not happy with the result: “They never ring the bell just throw (one broken china delivery) or dump the box on the porch in full view of the street. Takes too much time to ring/knock and get a signature.” 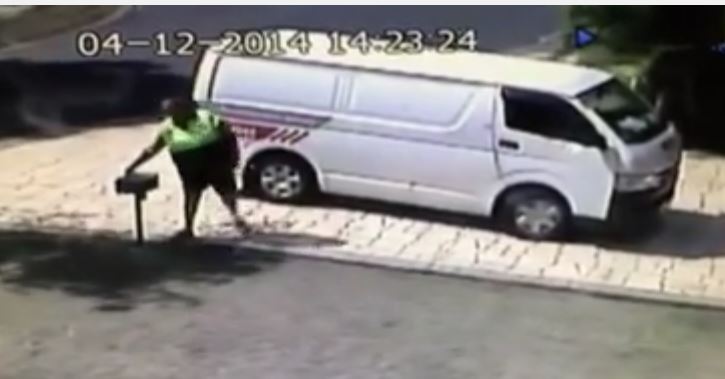 Failed deliveries are especially galling if the recipient has taken time off work to wait for a parcel delivery and the postie does not bothering knocking or ringing.

One frustrated customer said: “I’ll get off work and sit home all day waiting for my parcel, and they never bother to knock or ring or call in any way. And I won’t get the card until three days later.”

A businessman was ticked off after Australia Post failed to deliver a product a client had ordered then bungled the investigation into what happened.

“I sent something nine months ago and it still hasn’t arrived at its destination. You started an investigation and last month you asked me if the organic olives and baby oil had arrived with the recipient. I actually sent a pair of pliers!”

Another customer said she though posties were paid to take parcels back to the post office as well as being paid for the initial delivery, which she said gave them an incentive not to ring the doorbell.

“If they paid their delivery workers a decent wage or even a decent commission, less parcels would be lost, thrown or otherwise undelivered because the driver can’t see the point in spending the time to check if somebody is actually home for 85c,” said one customer.

But an Australia Post spokesperson said that posties were paid only once for a delivery, although the amount was confidential. He said that drivers were regularly reminded of the rules and the system usually worked well.

“The national “knock and call out” process was implemented in 2014 and requires drivers to knock at the door three times and call out before leaving a card. We have received very positive customer feedback on this process since it was launched,” the spokesperson said.

“We welcome feedback from our customers and encourage them to contact us and let us know if our delivery drivers are not attempting delivery to the door. That way we can follow up with our drivers in that area to ensure they do follow our national policy of ‘knocking and calling out to the door’ before leaving a card behind.”

Lazy or careless posties have been the subject of some of the most common complaints received by the Commonwealth Ombudsman, which has also been the Postal Industry Ombudsman since 2006.

The Ombudsman’s 2015-16 annual report says that the most common complaints include: Delivery issues (mainly about the failure to attempt delivery of parcels); incorrect safe drop procedures and not getting a signature on delivery when required.

Delivery issues accounted for almost 30 per cent of all the complaints received by the PIO.

Australia Post has been in the limelight of late after Mr Fahour’s shock resignation on Wednesday last week, following heat over his bulging pay packet. Mr Fahour, who insisted he was not quitting because of the furore surrounding his pay, will be out the door in July leaving Post to source a new CEO with its hands tied over what pay it can offer.

The government ruled last week that the new CEO’s pay packet will in future be decided by the Renumeration Tribunal – not the Australia Post board – making it likely the next person to take the job will cop a multi-million dollar pay cut.