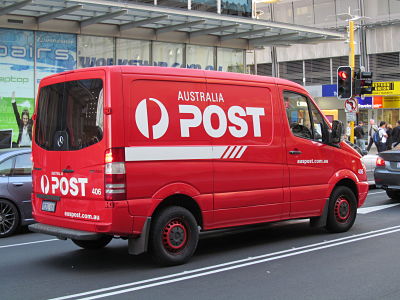 The Communication Workers’ Union division of the Communications Electrical Plumbing Union (CEPU) asked for a full-time security guard to be posted at the Australia Post corporate outlet in Fyshwick, Canberra after it was held up twice in June and it has been pressing the company to put extra emphasis on security ever since.

CEPU NSW Branch Secretary Jim Metcher asked Australia Post to station a security guard at the Fyshwick store while a security review was being done.

“What I find disturbing was that some time ago when we had a spate of armed hold-ups we had security reviews immediately following a hold-up, a report, staff assessments with additional security measures identified and implemented without fuss,” Metcher said.

He said in this instance the security review had been delayed.

“Australia Post is pretty good at reacting when anything happens, as opposed to being proactive. That’s why we jump up and down.”

But an Australia Post spokesperson said the security review had not been delayed and Australia Post teams were on-site immediately after both Fyshwick robberies.

Meanwhile, Metcher said he was concerned the armed hold-ups in Canberra indicated that Australia Post had become a little too relaxed about security measures within its network of post office outlets after a prolonged dip in robberies, particularly at corporate post offices.

“Sometimes it can reflect the focus on security measures being relaxed and subsequently not having adequate security measures in place,” he said. “What concerns me is that it has just taken the foot off the pedal and not consistently reviewing security arrangements in all post offices, whether corporate or licensed.”

He said the Fyshwick armed hold-ups were unusual because they were repeated at a corporate Australia Post outlet. Two men were charged over both robberies in July.

Licensed post offices (LPOs) were generally more vulnerable to robbery, he said, because they tended to be in more remote urban, regional or rural locations and not just stand-alone businesses.

Corporate post offices, run directly by Australia Post, were rarely targeted, which made the Fyshwick armed hold ups stand out.

But Metcher said that Australia Post was generally “pretty good” at working with the union and keeping it informed. Security at post office outlets has been recently reinstated as a permanent agenda item at the regular senior management sit-down between the union and Post.

He added: “Australia Post can only do so much in terms of offering support and assistance and up-to-date information on security measures at Licenced Post Offices where licensees must also take security measures seriously when it comes to their ‘duty of care’ responsibilities.”

An Australia Post spokesperson said that the number of post office robberies had been in decline for more than 15 years, with only one corporate post office robbed in NSW/ACT in the last three years.

The spokesperson said the company offered training and support to its people, including the Employee Assistance Program (EAP), a free confidential counselling service provided by Davidson Trahaire Corpsych, which was offered to both corporate and licensed post office employees.

“In the event of a robbery, we also provide local support such as one-on-one conversations with affected individuals (and their families if requested), as well as alternative working arrangements, for example a relief employee or someone from a nearby outlet will work in the post office until the affected staff member is comfortable to return to the outlet,” the spokesperson said.

“All our post offices have undergone an extensive risk management assessment (with a focus on robbery risk), and extensive ‘best practice’ security countermeasures for robbery risk have been implemented following those assessments.”

2 thoughts on “Is Australia Post too relaxed about security?”