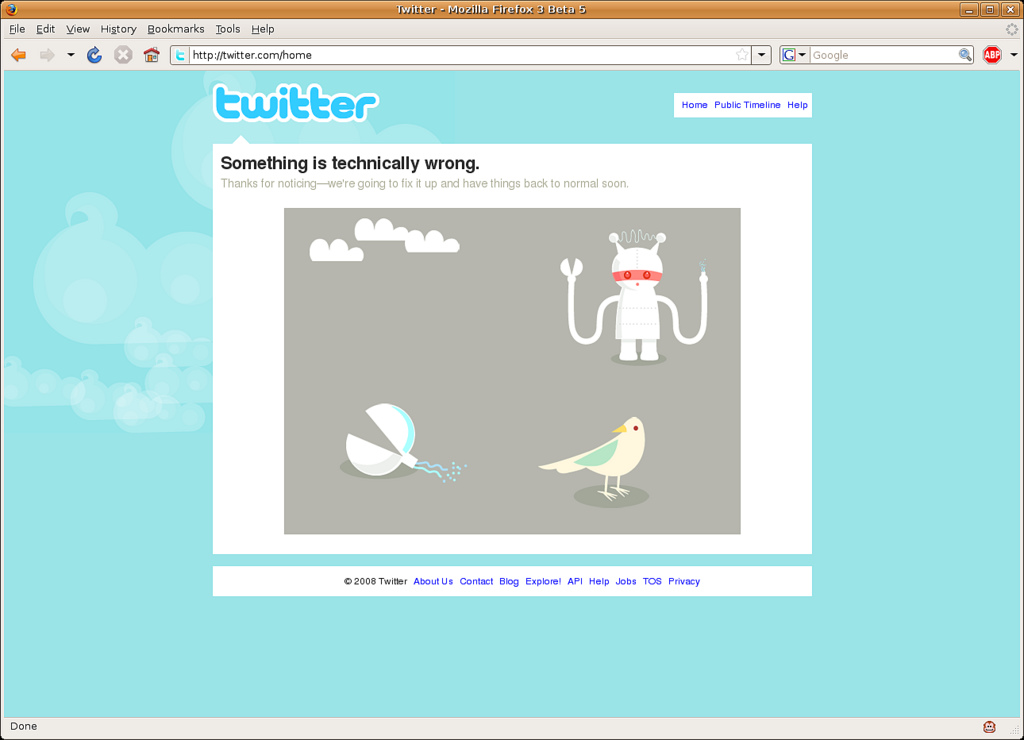 Getting across social media has never been easy for government organisations of any kind.

However the revelation of the Department of Prime Minister and Cabinet’s bid to get its own staff to inform on each other’s private online activities exposes a serious miscalculation of the role that technology now plays in society, the workplace and public policy.

The push by PM&C should worry ministers and backbenchers alike.

It probably won’t, but it should, and here’s why.

Love it or loathe it, over the last five years, the undeniable explosion of social media has directly challenged the way private companies and public organisations communicate with both customers and stakeholders to the point that ignorance of the channel is regarded as a culpability.

Ask any emergency service that is now mashing together the likes of Twitter and Google maps to derive real time, actionable intelligence, all produced by citizens, of what’s happening on the ground and respond to it.

People stuck in traffic or on public transport tweet, letting government agencies know that there’s bother coming down the line.

Need a picture of what’s been flooded and where only minutes after a major deluge?

Social media works a treat and you can get the location coordinates to boot. It’s the signal that now often powers up call centres at utilities, insurers and disaster management first responders.

But the prevailing mainstream view held view across both the public and private sectors is that this rapidly evolving communications channel offers more upside than downside to organizations that invest in making it work for them.

This is what makes the instigation of PM&C’s new social media policy really grate.

After more than four years of gradually educating the government and its employees to use the tool for the public good, the people at the very top of the public service tree are being treated like petulant little children having their toys removed from them as collective punishment for misbehavior as a group.

And who said groupthink was dead?

The PM&C social media policy also makes a tacit assumption that its staff value their roles as servants to taxpayers and the government of the day so little they are simply not to be trusted unless the threat of a formal sanction conspicuously hovers over them.

Let’s be clear: this is about trust.

Yet the message being sent is that the very department that contains some of the most highly trusted public servants, whose analytical and critical thinking skills are amongst the most highly valued (although maybe not remunerated) in the nation ought not be trusted to conduct themselves online in the same competent manner they live their offline social lives.

It’s a bad look because the underlying message, whether deliberate or not, is that everyone needs to collectively watch their back and also watch each other in rather a Funder-esque manner.

In terms of common sense, these are the lines that bring the PM&C social media policy unstuck:

“If an employee becomes aware of another employee who is engaging in conduct that may breach this policy there is an expectation that the employee will report the conduct to the Department. This means that if you receive or become aware of a social media communication by another PM&C employee that is not consistent with this policy, you should advise that person accordingly and inform your supervisor.”

The problem here is that that the government, as an employer, is seeking to transfer part of the responsibility for detecting behavior that could lead to someone being sacked for talking out of school back onto staff themselves.

It’s not about preventing fraud, corruption or personal or national security. It’s about making sure that people don’t cross a line and in reality that line is very, very blurry even if those at the top of PM&C reckon they know where to draw it.

Big private sector employers have already conspicuously skinned their knees on these issues, and it’s surprising that those lessons haven’t filtered through or are being conveniently ignored.

A case in point was the Commonwealth Bank of Australia that, to its credit, in 2011 quickly scrapped an onerous social media policy for employees that contained an obligation for staff to inform on friends and relatives critical of the bank or face sanctions.

As is so often the case elsewhere, CBA’s dob-in policy was created by a combination of legal and human resources talent that would arguably be more productive if deployed on other projects.

The flawed and dumped dob-in policy also unwittingly provided the Financial Services Union with a stick to whack CBA management and simultaneously horrified other parts of the bank’s executive making substantial mileage out of using social media to keep the institution in front of competitors.

Why PM&C has chosen to use a similar tactic, already proven to be a liability in the more flexible industrial environment of private enterprise, is a legitimate question that needs to be asked given the government as an employer is about to renegotiate its main industrial instrument.

Issuing such a policy when a large section of the Australian Public Service is on the verge of an industrial showdown over conditions, wages and retrenchments, gives the outward impression an employer attempting to suppress understandable and legitimate employee blowback.

“It is quite acceptable for APS employees to take part in the political life of their communities; and

From time to time, APS employees may seek to participate robustly, like other members of the Australian community, in public policy conversations.

However, participation of this kind is qualified by the employee’s obligations as an APS employee.”

The test it proposes to apply is:

“Before posting material on matters of public policy, ask yourself whether a Prime Minister, from either political party, having read the material, would feel confident that any advice from you was impartial and balanced.”

The real question that needs to be answered is whether sanctions in the PM&C social media policy can be legally extended to private employee accounts to include basic union activity at a time of negotiation.

Simple stuff, like sharing, re-tweeting or liking Community and Public Sector Union posts that convey the union’s position on issues.

Will that get you breached or not?

It’s a very legitimate and pertinent question that needs to be answered.

It’s small wonder the CPSU immediately lodged a dispute over the PM&C social media policy because the possibility that employees could be sanctioned for privately participating in a workplace negotiation is a tangible threat to its ability to organize and represent its members. Other departmental and agency heads will be watching how the dispute unfolds because it will undoubtedly have repercussions for them.

The scenarios aren’t too hard to model.

The first obvious possibility that what PM&C has put in play is a ham-fisted fudge to try and keep order in the ranks at a time when the political bases are loaded. If that’s the case, it could learn from the CBA and others and tactfully re-clarify its position, even if upsets some of the harder-edged elements of the Abbott government.

The second possibility is the PM&C social media policy is part of a more calculated attempt to broaden employers’ control over the activities of public sector employees by extending the boundaries of the workplace further into people’s private lives.

If the latter is the case, it would send a very strong message what is now widely acceptable in terms of employee surveillance and monitoring in their private lives that extends well beyond established security or probity parameters.

That may not be a smart move.

It could cost the government dearly because regression back to a bunker mentality on social media and public discourse could, unintentionally, act to shut down much of the innovation now bubbling up that is sorely needed to make the public sector more efficient, productive and valuable to the community.

Productive innovation springs forth by challenging the status quo, having frank and fearless discussions and looking for better ways to accomplish something.

Muzzling public servants and treating them like children is a poor use of limited resources at a time when funds are scarce.  New thinking is needed.