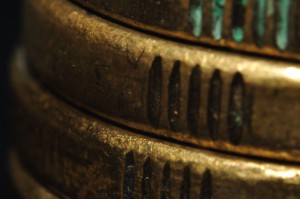 Human Services Minister Senator Marise Payne has moved to cull the number of questionable consumer leasing and payment plan providers who milk welfare recipients through the government’s Centrepay automatic deduction service — but the Opposition says the biggest firms that cause the most harm have yet again escaped being booted off the taxpayer-funded service.

Ms Payne on Friday set out new restrictions on what kind of companies can directly access welfare payments so that consumer leases “that run for an indefinite period, or have a duration of four months or less, will be excluded from Centrepay” and that “only those which are regulated under the National Consumer Credit Protection Act 2009 will be allowed.”

“These leases provide better protection for vulnerable customers as businesses must comply with the responsible lending obligations overseen by the Australian Securities and Investments Commission (ASIC),” Senator Payne said.

Access to Centrepay by consumer goods leasing companies like Radio Rentals, Rent the Roo and Make it Mine has come under substantial fire from welfare advocates and the Opposition because deals offered to welfare dependents often have effective interest rates of around 70 per cent.

The core argument of critics is that the government should not be enabling what amount to predatory lenders to mine a vulnerable segment of the community through a taxpayer funded facility that remits taxpayer-funded payments.

Shadow Human Services Minister Senator Doug has hit out at the crackdown as tinkering on the edges of what has grown to become a major problem.

“The vast majority of consumer leases are provided by the big consumer leasing business like Radio Rentals, Rent-The-Roo and Make It Mine. These leases typically have terms of two to three years, they are regulated by the National Credit Code and they are known to cause financial harm to financially vulnerable Centrelink clients,” Senator Cameron said.

“To protect vulnerable Centrelink clients, the Abbot Government should exclude all consumer leases from Centrepay, whether they are regulated by the National Credit Code or not.”

One service being booted from Centrepay that few will be sorry to see the back of are Funeral Insurance providers, which the government has decided pose risks to vulnerable customers.

Senator Cameron said he welcomed the “belated” exclusion of “funeral plans” from Centrepay, saying that “aggressive selling of funeral plans has been causing financial harm in indigenous communities for several years.”

“It is well beyond time payments for these plans were excluded from Centrepay,” Senator Cameron said.

Another move getting a big thumbs-up is allowing social lending providers who offer low or no interest loans to the needy who cannot access welfare payments and Senator Payne said Centrepay services will now be expanded to allow for Centrepay deductions for low interest loans, savings plans and layby.

The micro and social finance services are regarded as an important circuit breaker to reduce harm from predatory lenders because they offer much lower cost alternatives to commercial products that are heavily weighted to maximise margin in a riskier market.

Chief executive of Good Shepherd Microfinance, Adam Mooney, said he was pleased that the government had taken action to boost protections for people on low incomes in relation to high cost consumer leases.

He is also more optimistic than Senator Cameron.

“These changes to Centrepay will ensure that only goods rental companies with responsible lending obligations are allowed,” Mr Mooney said.

“This means that companies are required to ensure that consumers can afford the lease repayments before signing up to the agreement and accessing Centrepay.”

But he also cautioned that there is still a long way to go in making necessary reforms.

“Broader reform in the small amount credit and goods leasing market is still needed to ensure people on low incomes are making fully informed choices as to the cost and conditions of these products,” Mr Mooney said.

“We look forward to working with the government to raise awareness about alternatives to consumer leases such as our no interest and low interest loans and to encourage more informed decisions about renting versus buying.”

One thought on “Payne prunes some noxious lenders from Centrepay”