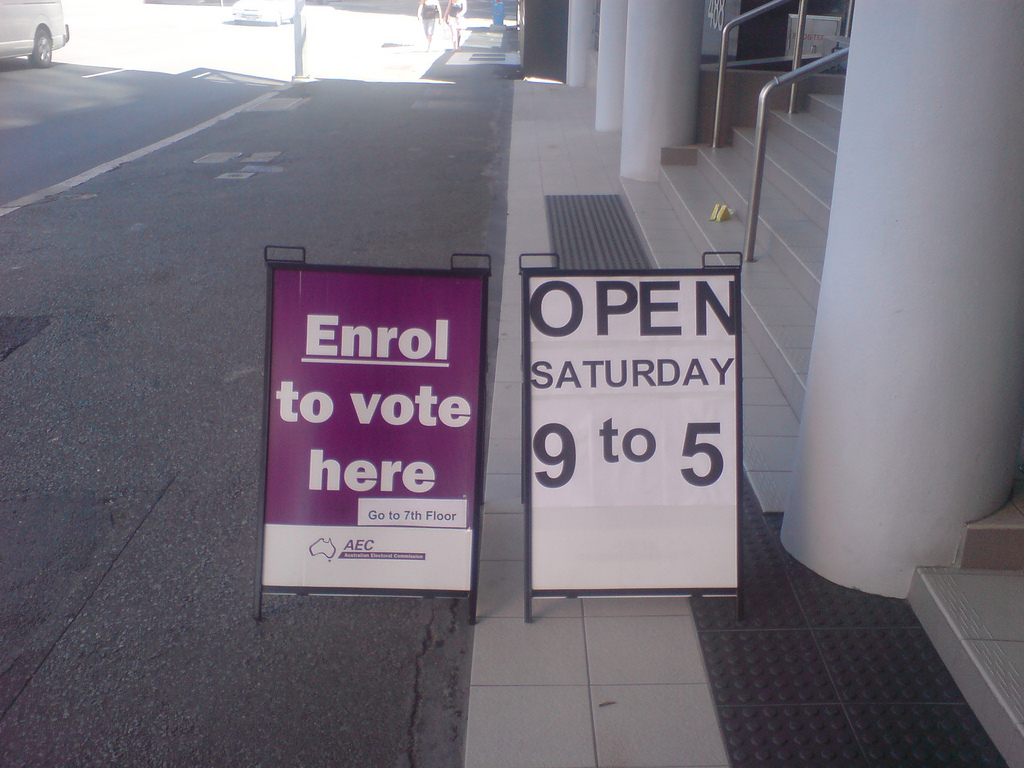 Around 200,000 people are expected to take advantage of electronic voting during the NSW election, which opened on Monday 16th March and closes at 6pm on polling day, March 28.

The iVote system, where people vote online or over the phone, was first introduced during the 2011 State election for people who were blind or had low vision but it was then extended to include voters who lived more than 20km from a polling place and those out of the state on election day.

In the future, the NSW Electoral Commission has indicated that eligibility could be expanded to include other categories, such as people who can’t get to a polling place on election day.

Around 47,000 people used iVote in the last NSW election but the NSW Electoral Commission is expecting 200,000 people to take advantage of it this time, with greater publicity and familiarity of the process.

Last time, electronic voting was driven by people who knew they were going to be outside NSW on election day, which accounted for 92 per cent of iVoters, but rural voters were also enthusiastic early adopters, exceeding original take-up estimates almost three fold.

In contrast, there was a relatively low take-up from blind or visually impaired people and people with other disabilities, casting only around 2,000 votes and the NSW government will be hoping the numbers are up this time around.

The government commissioned-report said: “The main benefits of iVote identified by users were that it made voting easier, allowed voting while out of the state, was more convenient and it helped gain new levels of independence and empowerment.

“Users also noted that iVote offered greater convenience as it enabled them to vote from home, to vote at a convenient time, eliminated travel time and costs, enabled more careful consideration of voting options and did not require someone to assist in the voting process.”

Electronic voters gave the process the thumbs up, with 96 per cent of those surveyed proclaiming they were either satisfied or very satisfied with the way iVote worked when casting their vote and only 3 per cent experienced technical difficulties during voting and 6 per cent during registration.

“iVote received a highly positive reception and most users are interested in using it again and would recommend it to other people,” said the report.

One of the arguments against e-voting in the past has been its perceived cost, but the report said that if take-up reached 500,000 it could be comparable to the average cost for votes cast during a state general election.

The report recommended it be extended to “other groups (such as postal voters) or the general population” to reduce costs per vote.

However, it added that iVoting may not work for local councils during local government elections because the set up costs for a limited number of users would be too punitive.

However, electronic voting is not without its opponents, particularly when in the wider debate about all elections going electronic in the future.

“After hearing from a range of experts, and surveying the international electoral landscapes it is clear to me that Australia is not in a position to introduce any large – scale system of electronic voting in the near future without catastrophically compromising our electoral integrity,” Mr Smith said.

iVote manager and NSW Electoral Commission’s Chief Information Officer Ian Brightwell has set out the iVote Strategy for the 2015 election, in which he addresses concerns that some people have around electronic voting, such as those around privacy, multiple voting and hacking, and explains how iVote heads these off at the pass.

For example, there are multiple layers of protection and monitoring to ensure secrecy and privacy and guard against hacking and fraud. These include a high capacity website filtering service in front of the core voting system to defend it against malicious attacks.

Mr Brightwell also said that electronic voting can reduce mistakes in an election, for example the in the number of informal votes cast, ballot papers being lost between a polling centre and a counting centre and the cost and risks associated with postal voting.